Cromartie and his wife just had their sixth child together. In total, Cromartie now has 14 kids in all and the third he has had since he allegedly got a vasectomy.

But here’s the most salacious part of this: the other eight kids Cromartie had are with seven different women in seven states. When he was picked up by the Jets in 2010, Cromartie was given $500K in advance in order to pay down his many child support obligations around the country and avoid being hauled off to jail.

Cromartie and his wife were shocked at the first post-vasectomy pregnancy, which was a twin birth. According to Cromartie’s wife Terricka, “It was shocking news for the both of us.”

Antonio, 31, was the most shocked. “Originally, he was like, ‘Oh, s—t! Are you serious? How did this happen?’” Terricka recalls. “It was shocking news for the both of us. It took me a while to process it, but Antonio stood firm and was saying, ‘It’s God’s will.’ And he’s been excited the whole time.”

That said, they are thrilled with their new addition but are ready to take action to ensure that another baby doesn’t sneak up on them.

“We are 100 percent done! Absolutely, positively done with having kids,” Terricka told US Weekly, joking that the couple is now celibate. “We’ve been blessed with these guys, but adding to it, I think, would kill us both!”

Well, some people might want to at keep Cromartie alive, wrote Deadspin, who entitled their story, “Antonio Cromartie’s Penis is Unstoppable.”

“Whenever the End Times come,” Deadspin joked, “we need to make sure we save Antonio Cromartie for repopulation purposes.”

Nevertheless, the couple is taking everything in stride and can even be said to have a very positive outlook on an extremely challenging situation. This photo on Instagram probably best sums up their overall disposition in the midst of producing a blizzard of kids: 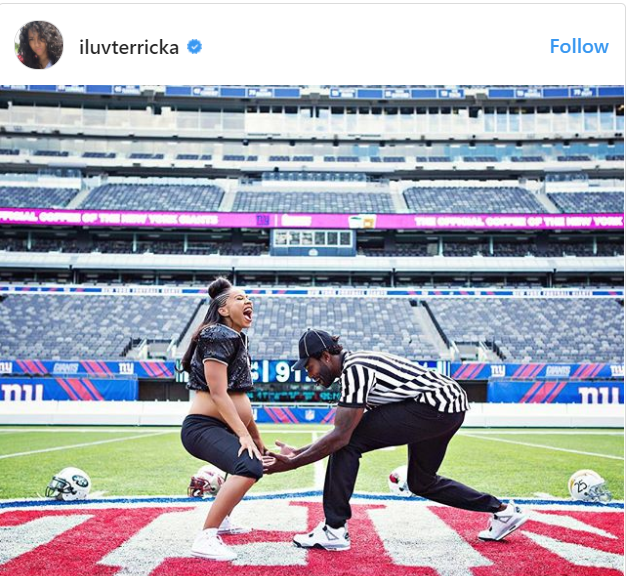