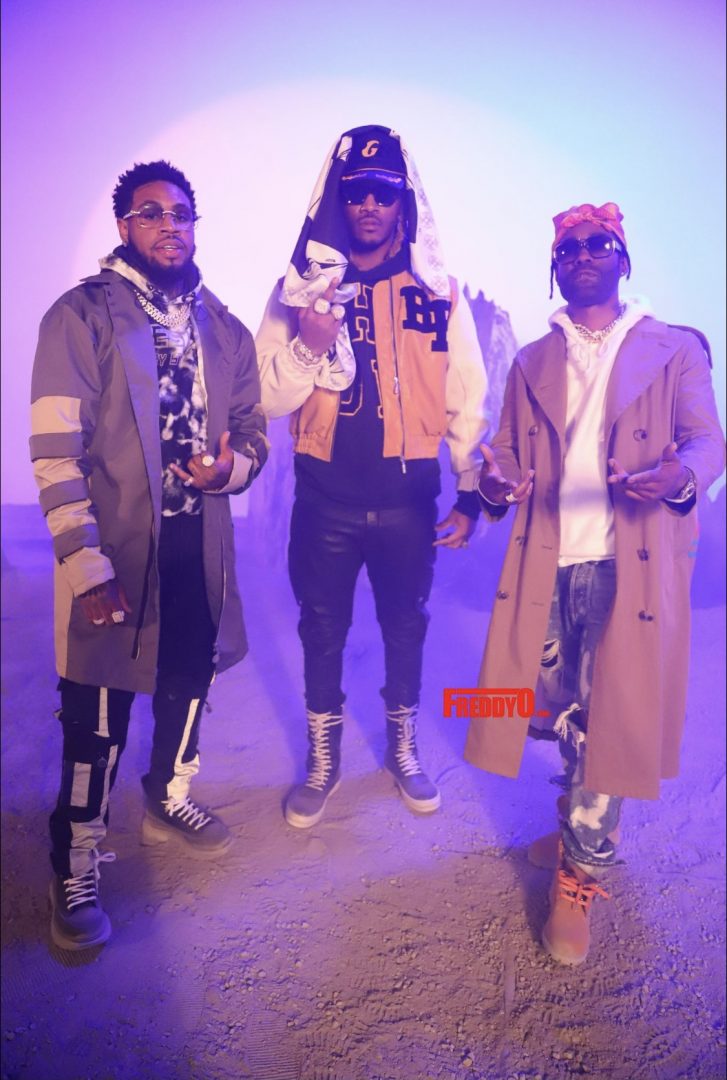 Atlanta rapper Euro Gotit is gearing up for his latest project, Foreign Affairs, and recruited Future for his leadoff single, “Takeoff.” Laced with a booming 808 sound mixed with amplified flutes, platinum-selling producer Bangladesh supplied the drop for the space-themed anthem. His upcoming untitled project will be the follow-up to his previous offerings Foreign Affairs, […] The increasingly messy Lil Wayne vs. Cash Money saga has taken yet another dramatic turn. News broke Oct. 5 that Wayne has filed a grievance against his estranged label home with claims that the Louisiana-based label has not only been stealing money from him, but also his Young Money artists Drake, Nicki Minaj and Tyga. […] Grammy-winning super producer Shondrae Crawford, aka “Bangladesh,” who’s been responsible for so many of the beats we love, has now launched his own label and has big plans for Hollywood. Bangladesh Records has found new star power right here in the South, Atlanta, aka the “New Hollywood.” Bangladesh announced the signing of Famous 2 Most, […]

The “R&B Divas” made their way back to television this week. To celebrate their season 2 premiere. It only made sense for the ladies to throw a party or two.  While most may have thought that one party was enough, it seems as if the cast decided to part ways and celebrate with two separate […]

After being spotted at Bangladesh‘s star-studded birthday party in Atlanta, 2 Chainz teams up with the super-producer for the official music video to “Phantom.” Bangladesh’s new artist, KeKe Palmer, was also on hand for a cameo. Dope or no?  Let us know below.

It was definitely a star-studded night in Atlanta as celebrities and tastemakers flocked to STK for the private birthday party of super producer Shondrae “Bangladesh” Crawford. Models dressed as wild animals danced among the guests, a drummer from a marching band followed the DJ’s beat, and ballerinas twirled on the dance floor.

As super-producer Shondrae “Bangladesh” Crawford celebrated his star-studded birthday at STK in Atlanta, “R&B Divas” star, Syleena Johnson surprised us with her beautiful rendition of “Happy Birthday.”  Johnson also announced that Bangladesh is the executive producer to her upcoming album, Chapter 6, which comes not too far after Lil Kim‘s announcement of Bangladesh being the […]

So So Def Records kicked off their 20-year anniversary with a star studded private party with the likes of T-Pain, Bow Wow, Jagged Edge and super producers DJ Toomp and Bangladesh. Before the big concert, we decided to let you take a peek at the festivities from last night. – necorey johnson

Super producer Shondrae “Bangladesh” Crawford was among a host of  award recipients  who were honored for “their achievements and for utilizing their reach and resources to edify those whose lives they touch,” says Munson Steed, CEO/Publisher rolling out magazine, at the Men of Power and Influence Awards sponsored by Ford. Bangladesh is a Grammy Award-winning record […]

‘Rolling Out’ and Ford Honor ‘Men of Power and Influence’

Steed Media Group/rolling out and Ford Motor Company honored the “Men Who Go Further” in the inaugural Men of Power and Influence awards gala at the Twelve hotel in Atlanta on Dec. 13, 2012, which was hosted by former supermodel Tyson Beckford and reality star and author Antonia “Toya” Wright. The soiree was an upscale […]

Jay-Z, Puffy, Beyoncé and President Obama — it’s up to us, plus you

According to black celebrities who have something of value to say, like Samuel Jackson, Jay-Z and even Bey, are picking up the banner for the cause of community, and equal opportunities for me and you. And like these A-listers we all must lend a hand, to bring about the change that we want to see […]

At the BET Hip Hop Awards you just never know who will show up and show out. Be it, crazy hair, looney outfits,pranks on the carpet,mascots showing up or even props being used, it will leave you in amazement. This year on the red carpet was no different. From rapper Cash Out’s mom coming on […]

Celebrities ‘Coupled Up’ at the BET Hip Hop Awards 2012

Many celebrities don’t like to hit the red carpet all alone. Some come out with friends, family, significant others, their management, publicist or even a doll (LOL). Mike Epps the host of the show, came out with his lovely wife, Cash Out came with his mom and E40 with his wife. Click continue to check […]

Team Hart Defeats Team Luda, But It’s All In Good Fun! On Saturday, September, 2, 2012, Ludacris held his annual celebrity basketball game which drew an even bigger crowd than the 2011 game, almost causing a fire hazard with the people that came out to support the game. Ticket sales benefited The Ludacris Foundation. During […]

Bangladesh speaks on his music process, his legacy, and dressing how he sounds

Lil Wayne Sued for ‘How To Love’ Beat

Lil Wayne is riding high on the charts with his latest hit single “How To Love,” but the rapper is also sitting high atop a stack of legal issues. And according to reports, Wayne is now being sued by another emcee who claims that the rapper stole the beat used in “How To Love” from […]

For the last several months, Lil Wayne has continuously pushed back the release of his forthcoming effort Tha Carter IV, leaving hungry fans waiting in desperation for its eventual release. Although Wayne has been mum about why the album, which has now been set for an Aug. 29 release, has taken so long to see […]