Common takes up another charitable effort, partners with See America Common has taken on yet another charitable effort. The rapper, who has used his platform to raise awareness for issues like animal rights, HIV/AIDS, underprivileged children and gun control is now focusing his efforts on preventing blindness. According to multiple outlets, the rapper and actor recently teamed up with See America, Allergan’s initiative surrounding preventable […]

Rihanna accepts Harvard’s Humanitarian Award: ‘So I made it to Harvard!’ 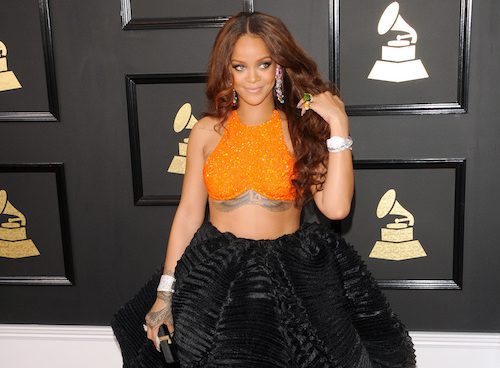 Rihanna makes it to Harvard. On Tuesday, Feb. 28, the “Work” singer headed to Harvard University where she accepted the prestigious accolade of 2017 Humanitarian of the Year by the Harvard Foundation for Intercultural and Race Relations for her charitable works both in her birthplace in Barbados and around the world. “So I made it […]

It’s the season for giving thanks and giving back to the world, and Big Sean put his money where his mouth is when it comes to giving back because he recently threw a turkey-filled Thanksgiving charity event. According to TMZ, for the second year in a row, Big Sean and his charity, The Big Sean […]

Rihanna launches the Clara Lionel Foundation in honor of her grandparents

Although Rihanna has been dubbed many things, including pop music’s resident bad gal, every once in a while the “Fly” singer does something to grab our attention … in a positive way. Recently, the Bajan beauty arrived in Paris where she made an appearance at Hard Rock Paris to unveil three of her most iconic […]

While celebrities don’t owe us a thing, there are several who lend their influence and income to aide those around them. We’ve all heard the phrase “pay it forward” but the following 10 celebs go above and beyond, volunteering their time, money and platform to be more socially responsible and charitable. The following stars are […]

Secret Santas: Black artists give back

These stars are quietly giving back.

When you have more, you give more and since it’s the holiday season, Ne-Yo is putting that old adage into action as he recently donated thousands of toys to foster children around the country through his recently wrapped sixth annual Giving Tour. Through his nonprofit organization, The Compound Foundation, which works to empower youth in […]

Celebrities and their charities

50 Cent, Nicki Minaj and other stars who gave back on Thanksgiving

Unlike Halle Berry and Gabriel Aubry, for most us,  Thanksgiving Day came and went without a hitch, as family, food and good times poured for a day of celebration and, of course, thanks. But, not all of us were as fortunate. Thankfully, some stars with big fortunes, like Nicki Minaj and 50 Cent, went out of their […]

Over the last seven years, R&B singer Trey Songz has worked his way to the top of the charts. After nearly a decade of trials and successes, Songz has come out a different man than he was when he first entered the music industry years ago. In his four-page feature for the spring fashion issue […]

Since its inception six years ago, Madonna’s Raising Malawi charity has struggled to build schools in the African nation. But now, Madonna’s vision for education will finally be brought to life as the charity begins building the first of 10 schools later this year. According to the Associated Press, organizers will begin work on the […]

Ludacris and Daughter Team Up for Kid Cause: 7 Other Celebrity Causes for Kids

Ludacris has increasingly shown his drive to help the nation’s kids through his philanthropic efforts. And for his latest kid-friendly cause,  Luda teamed up with none other than Karma Bridges, his 10-year-old daughter, to create an educational website for kids. According to AllHipHop, the website, called Karmasworld.com, in dedication to his daughter, features original pop […]