Find out what is inspiring Rob Kardashian to lose weight again 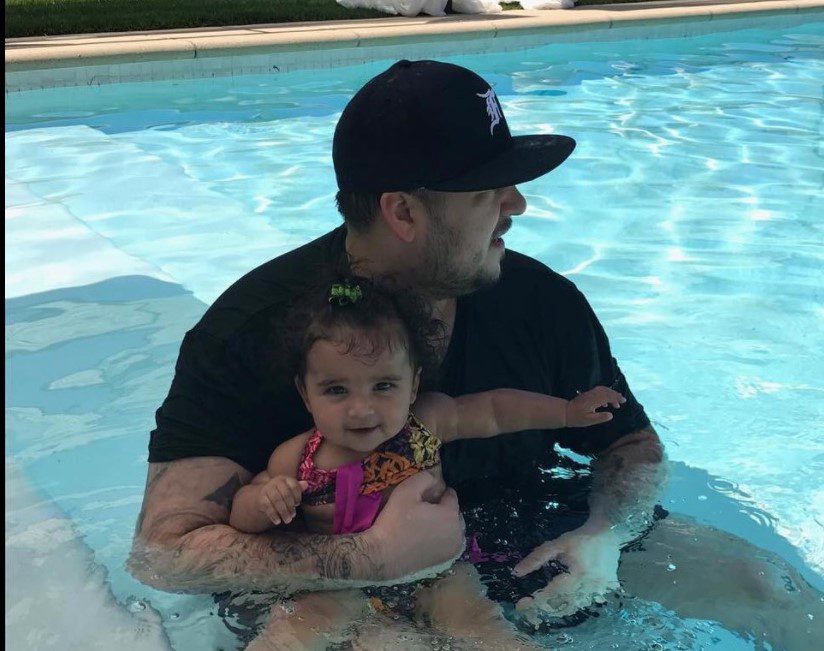 Former “Saturday Night Live” cast member Jared Antonio Farrow, better known by his stage name Jay Pharoah, flaunts a new, fit physique. In a recent series of shirtless selfies, the 28-year-old debuted his rock-hard abs, tweeting, “No supplements just training n hard work YOU CAN DO IT 2!” One more week till we shoot and […] Countess Vaughn has played a number of different roles throughout her decades-long career, but not often has she gotten to show her sexier side or been considered a sex symbol. However, over the last few months, the plus-size actress has been slimming down her frame. And as she sheds the pounds, so has she begun […]

Is Rob Kardashian going under the knife? Rob Kardashian may be the black sheep of the Kardashian family, especially since he started dating family enemy Blac Chyna earlier this year. But even though Rob and his family have their differences, it looks like he may still follow in the footsteps of his sisters because rumors are popping up that Rob may undergo […] New Year’s Day is quickly approaching and soon enough many of us will be making resolutions to lose weight. However, it looks like director and producer Tyler Perry got an early start on his weight loss resolution because he recently revealed that he’s lost a ton of weight. Last night, Perry, who has always been known […]

Is that your chick?! Rapper Missy Elliott looked slimmer than ever, while performing at the Alexander Wang x H&M Collection Launch in New York City on Thursday, Oct. 16. The 43-year-old “Work It” rapper, whose kept herself out of the public eye for quite some time now, re-emerged behind the scenes before taking the stage […]

Ciara shows off post-baby body Ciara is back and in full effect. Several months after giving birth to her beautiful babe, Future Zahir Wilburn, the “Body Party” singer hit up Instagram to flaunt her incredible weight loss. “After Delivering My Son I Feel Like There’s Nothing I Can’t Do. I Feel Like I Can Conquer […]

Jordin Sparks weight loss journey continues … Jordin Sparks continues to drop unwanted pounds, but is she too thin? It’s no shocker that Sparks is in love with her new body. Last year, the “American Idol” alum debuted her new look and healthier lifestyle, which she credits to dropping over 50 pounds! Recently however, the […]

It seems like ever since Bobbi Kristina and Nick Gordon got married, they can’t make a move without everyone chiming in. Recently, the daughter of the late Whitney Houston posted a photo on Instagram, featuring a slimmer figure. The 21-year-old, who was wearing an itty-bitty black bikini, was all smiles … that is until her […]

After being diagnosed with type 2 diabetes, Sherri Shepherd  decided  to share her common sense plan to help others who may have fear once they are diagnosed with diabetes or hear the phrase “pre-diabetes. “I want them to know that they can live an amazing life with lots of energy by making simple changes in […]

Rasheeda Buckner is on the fast track to drop the baby weight after giving birth to handsome baby Karter in August. She and hubby, Kirk Frost, have been working out together. She has also has a strong support system behind her with close friends such as Todd and Kandi and Memphitz and Toya. Rasheeda has […]

Ruben Studdard commits to lose weight on ‘The Biggest Loser’

Singer Ruben Studdard has committed to dropping his weight and living a healthier life. Studdard is one of the celebrities on The Biggest Loser this season. Season 15 of The Biggest Loser show kicked off Tuesday with the trainers  picking their teams. The former American Idol was paired with Dolvett Quince who is a personal […]

Kelly Price says she’s not ‘miserable’ over her weight

Kelly Price has been enduring negative comments and press ever since she appeared as the diva villain on the debut season of “R&B Divas LA.” Although much of the criticism has been about her bad behavior, fans and critics have been talking about Price’s weight, which she made mention of when she told cast mate Chante […]

NeNe Leakes reveals how she lost 20 pounds for her wedding

NeNe Leakes has never been one to be shy about her weight. The 5-10 former model may not be runway thin anymore but she’s proudly flaunted her curves on camera ever since gaining stardom on “The Real Housewives of Atlanta.” However, for her recent remarriage to her ex-husband, Gregg Leakes, NeNe decided to shed a […]

Everyday you hear a new celebrity diet or a new celebrity workout plan. Whether it’s to drop baby weight or just to be thinner, many celebs have figured out what works for them. See which celebrities have had great results from heir new workout and diet plans here.

Not only do celebs change up their looks for roles and concerts, sometimes they feel it’s just time for a change. From weight loss to changing their hair styles and sometimes a little bit of both can add just the right amount of spice to help them gain that sex appeal that the fans desire. […]

Celebrities who lost weight but are too skinny

Not only are celebrities criticized for being too large, they are also talked about when they are too thin. Sometimes celebs let the pressure of Hollywood take them too far with their weight loss goals and dieting. Anorexia and drug/alcohol addiction can also play a role in celebs looking like live skeletons. Check out these […]

While Gwyneth Paltrow is known for having the physique of a 20-something at the age of 40, she doesn’t credit many hours in the gym. The actor believes in the right amount of balance in diet, exercise and the things you enjoy will give you a great body and allow you to be healthy. “I’ve […]

If you like cycling and like to swim, you will absolutely love aqua cycling. Aqua cycling is the latest fitness trend to hit the U.S. and is rumored to be how singer, Beyoncé lost her baby weight after giving birth to Blue Ivy. What is aqua cycling? It’s a spin class in the pool. Sounds […]