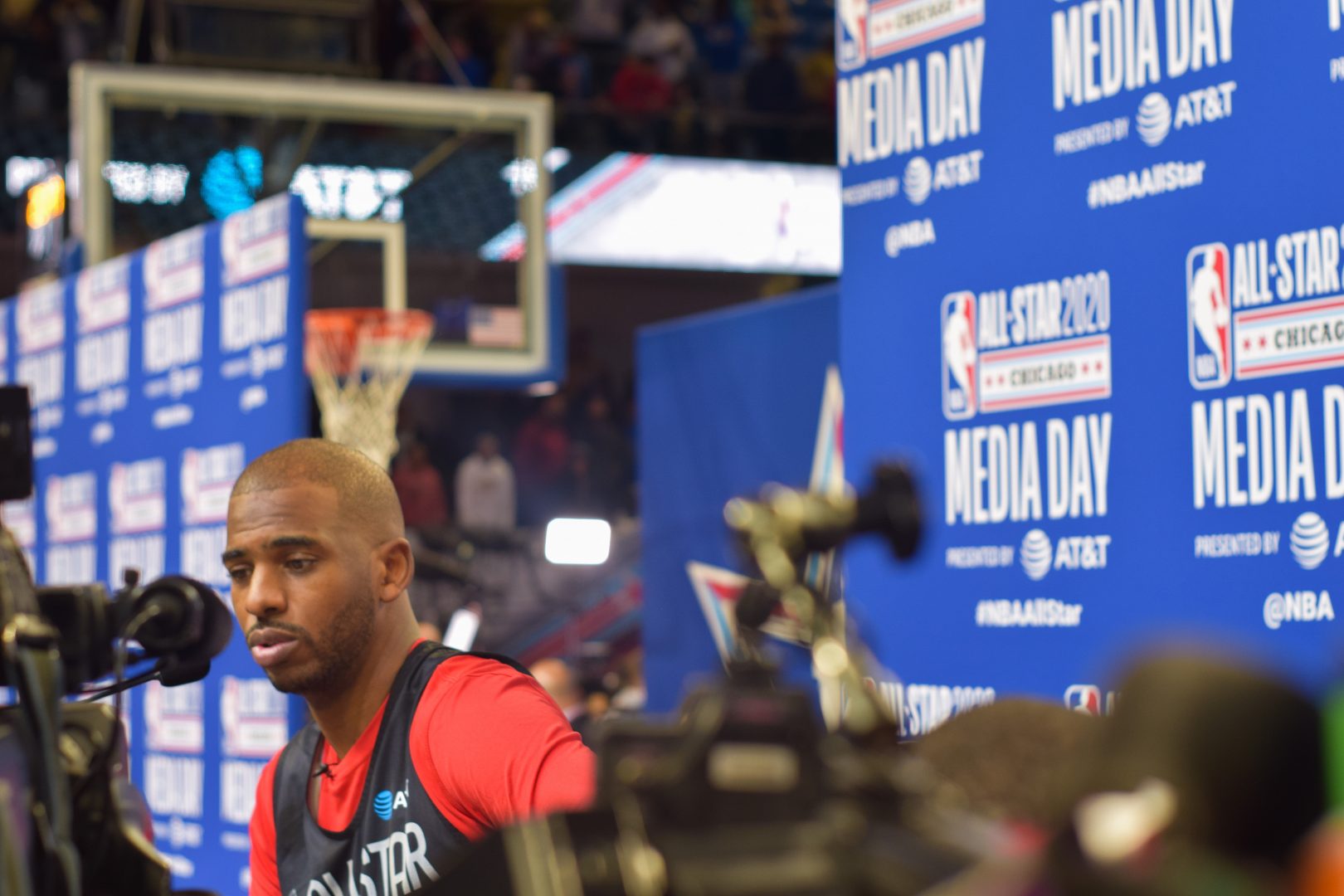 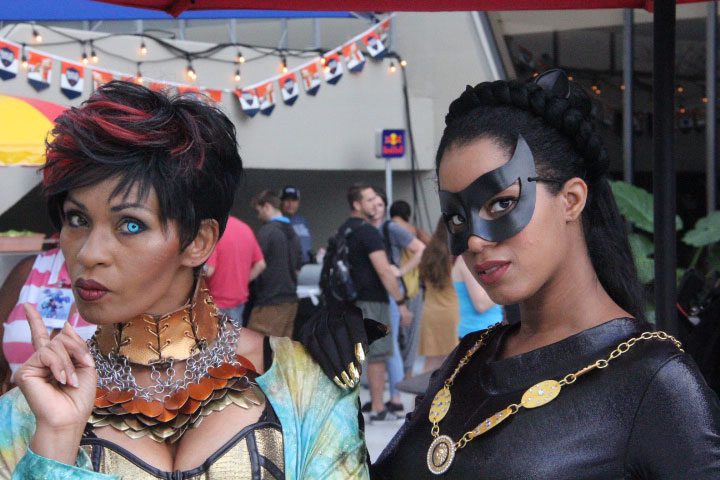 DragonCon 2017 featured some very beautiful Black costumed vixens, who really got into the spirit of the event. Here are just a few:

R Renowned artist Hebru Brantley recently celebrated the launch of his brand-new art show titled “Parade Day Rain” presented by Hennessy VS at the Chicago Cultural Center. Brantley, a Chicago native,  was joined a the event by his girlfriend, Angela Carrol, close friends, and a number of well-respected art collectors. Some of Chicago’s top movers […]

Celebs escape the room at ‘Meet the Blacks’ Celebrity Breakout On April 1, Atlanta celebrities sought a way of escape at the Meet the Blacks Celebrity Breakout hosted by Hidden Empire Film Group, Lil Duval and the new Breakout in Atlanta. Powered by exclusive media partners, Dish Nation and Bossip, the private, celeb-only experience was created just for friends of the cast in celebration of […] One of Chicago’s hottest salons, Salon Olori, recently hosted the first installment of their Curls & Cocktails beauty networking series featuring the styling services of salon founder Dee Desalu and her team of glam experts. Excited ladies from all over the city gathered for delicious cocktails, posh beauty services and the ultimate celebration of sisterhood. The salon treated guests of the […] Celebrities came out in full force during MLK Weekend to support NBA Hall of Famer Alonzo Mourning and the Mourning Family Foundation’s Zo’s Winter Groove Presented by Pepsi in Miami. The multi-day event, which focuses on family, fitness, FUNraising and the future of our youth, brought out all the big stars including Rick Ross, Alonzo Mourning, […] On Wednesday, Jan. 13, Universal Pictures hosted an advance screening of the highly anticipated sequel, Ride Along 2, at Regal Atlantic Station in Atlanta, with a special introduction by cast members Tika Sumpter, Sherri Shepherd and producer Will Packer. On hand for the event, were some of Atlanta’s top influencers including: Mayor Kasim Reed, “Real […] Some of Chicago’s most influential women recently gathered to celebrate the third anniversary of Chicago-based lifestyle brand and event company iGoalDig. Brand owner Chiara Graham teamed with Pynk Magazine to put together an evening of music and entertainment that served to highlight the iGoalDig brand for its achievements in supporting women entrepreneurs. Guests were treated to hors d’oeuvres provided […] Detroit Lions star Ziggy Ansah brought a few teammates along to the city’s Starters Bar & Grill this week to participate in the 4th Annual Lions Den Holiday Dinner. Ansah and friends teamed up with Microsoft and two local businesses, The Gentleman’s Box and retailer Pink Pump, to help to brighten the holiday season of almost 100 young […] Social media star turned reality television personality India Love was spotted at the grand opening of the Wardrobe Department LA in Los Angeles over the weekend. The 19-year-old, who co-stars along with her sisters on the BET reality show, “The Westbrooks,” hit the red carpet and posed it up for the clamoring press before heading into […] Women of color now account for one in three woman-owned companies in the United States, but many of those businesses struggle to stay afloat during the first few years. To help businesses survive those initial rocky years, Asia Horne of EmpireLifeMag.com and Chatoya Antwine of A la carte Galore teamed up to create The Unlocked […]

Exclusive: Get an inside look at Kandi Burruss’ private baby shower [jwplatform OP7fRifh] It’s a boy! On Saturday, Nov. 14, “Real Housewives of Atlanta” star Kandi Burruss celebrated her upcoming birth in style, with a private baby shower. Hosted by Tamera Wynn and Carmon Cambrice, the former member of Xscape invited close friends, family and rolling out, to join her at Kandiland, held at Zucot Gallery in Atlanta’s prestigious Castleberry Hill […] Before getting cozy with rumored boyfriend French Montana, The Perfect Guy actress Sanaa Lathan graced the carpet at the sneak peek of Verizon’s Go90 Social Entertainment Platform event held at the Wallis Annenberg Center for the Performing Arts in downtown Los Angeles, Calif. During the event, Lathan snapped a sexy selfie with reality star Christina […] Fashion designer Ty’ron Perrin debuted his “Untitled” Spring/Summer 2016 Marquette Collection, an ethereal presentation during New York City Fashion Week on Sun., Sept. 13. Perrin kicked off the show at 8:00 p.m. among an elite, standing room only crowd of industry movers and shakers as well as celebrities like Jazmine Sullivan, Pam Sullivan (manager to […] Chicago Bulls center and native Chicagoan Nazr Mohammed, in conjunction with the Nazr Mohammed Foundation, recently hosted his 4th annual fundraiser benefit for autism research. The swanky affair was held at the chic Galleria Marchetti and featured a casino theme in addition to a raffle and a silent auction benefiting Easter Seals Metropolitan Chicago and the Turning Pointe […] Chicago-based lifestyle brand and event company iGoalDig recently held its Success Supper event featuring some of Chicago’s top female professionals at Sophie’s Restaurant located inside of Sak’s Fifth Avenue on Chicago’s Mag Mile. The exclusive experience served as an opportunity for positive and likeminded women to come together and network over an upscale dinner while engaging in an empowering […]