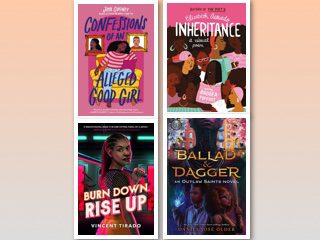 Lauren London is taking steps to establish and protect her son Kross’ future in the wake of Nipsey Hussle’s death this past spring. London, 34, has the expectation her son will eventually inherit over a million dollars from the Nipsey Hussle estate. The star of “Games People Play” and the classic film ATL, is now […]

Aretha Franklin reportedly had no will

The Queen of Soul tragically passed away last week at the age of 76 after having battled pancreatic cancer for several years, but despite her deteriorating condition, she never had a will written up to divide her assets. According to documents obtained by TMZ, the “Natural Woman” hitmaker died “intestate,” meaning she had no will […] The death of boxing legend Muhammad Ali in 2016 marked the passing of a great man and great provider for his family. The boxing great’s estate was an estimated $80M to be divided among his widow Lonnie Ali and his nine children. Ali had seven daughters and two sons that have displayed a strained relationship in […]

Colorado inmate claims to be Prince’s son: DNA results are in Carlin Q. Williams, 39, filed legal documents last month claiming his mom met Prince in the lobby of the Crown Center Hotel in Kansas City, Missouri back in July 1976. Carlin’s mom, Marsha Henson, said in an affidavit she drank wine, checked into a room, and had unprotected sex with the singer. She stated that […]

The war of words between 50 Cent and his baby’s mother, Shaniqua Tompkins, continues to rage in the media. But according to RumorFix, his camp says that she’s just angry because Fiddy has a new baby boy–and she’s afraid she and her son are going to lose a chunk of the superstar’s inheritance money.

Sad but true, the late Whitney Houston’s family is taking Bobbi Kristina to court, “for her own good.” Ever since her dating preference hit headlines, we’ve been tracking BK’s every move. The fact that she’s dating her play brother, Nick Gordon, is enough to keep us curious, but it’s also indicative of what’s coming and […]