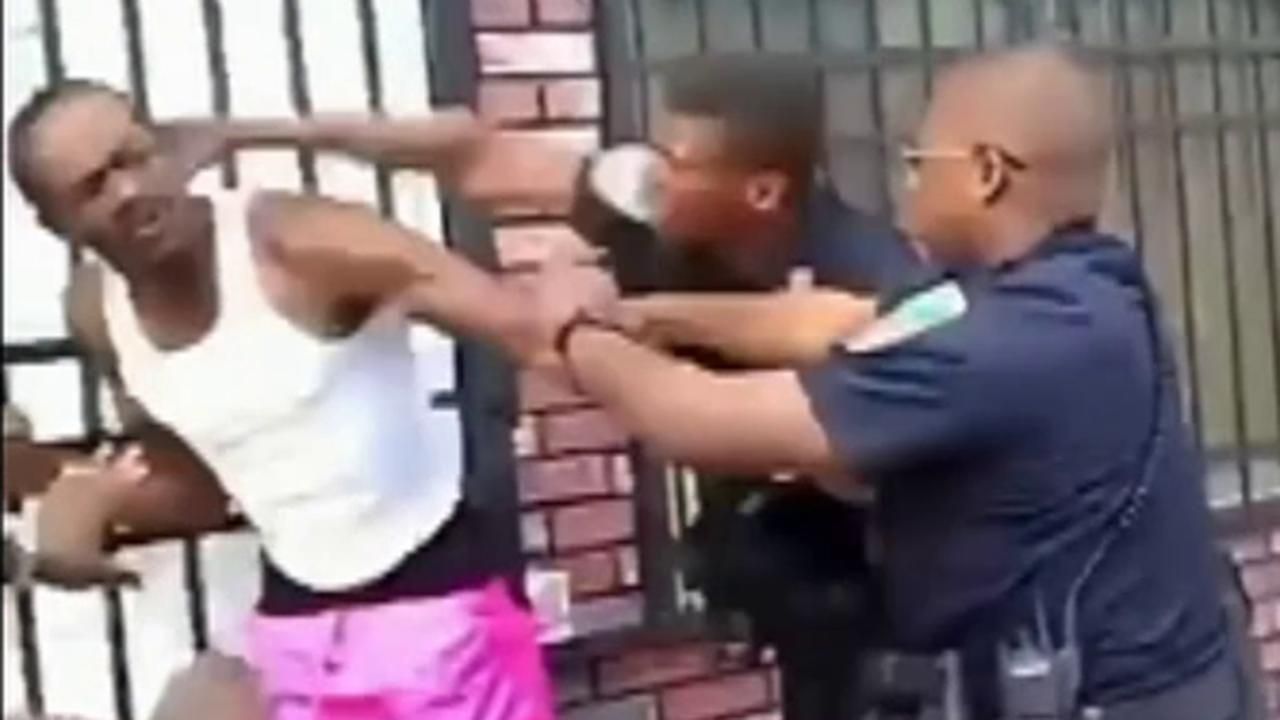 Days after Baltimore police officer Arthur Williams tendered his resignation for being caught brutally punching an unarmed man repeatedly, he has been indicted on assault and misconduct charges. Maryland state attorney Marilyn Mosby announced an arrest warrant has been issued for Williams, as he is being charged with first and second-degree assault and misconduct in […] In 2015, Marilyn Mosby made national headlines when she attempted to put an end to a corrupt system. The death of Freddie Gray, which occurred while he was in police custody, sparked protests as citizens spoke against police brutality. Serving as Baltimore’s D.A., Mosby wanted to do what was right by charging the six police […]

Recent shocking video of Baltimore Police Officer Richard Pinheiro allegedly planting bags of heroin at a crime scene was released by the Baltimore Public Defender’s Office. As a result of that video, the suspect who was arrested in January 2017 was released with all charges dropped. A weak narrative of Pinheiro’s defense of his actions caught […] Baltimore City State’s Attorney Marilyn Mosby held a press conference today regarding the dismissal of charges against officers involved in the death of Freddie Gray. During his arrest  Baltimore police officers shackled Gray’s hands and legs. He was then put unsecured by seat belts and taken for a “rough ride” through the streets of Baltimore.The […]

Remaining charges on all cops in Freddie Gray’s death dropped Challenge police brutality at your own risk Marilyn Mosby, Chris LeDay, and Ramsey Orta don’t appear to have much in common. Mosby is Maryland’s State’s Attorney. LeDay is employed by Dobbins Air Force Base in Marietta. Orta currently has five felony charges against him. What links them is the steep price they are paying for challenging police brutality. Soon after reviewing the […] A $6.4 million wrongful death settlement will likely be granted to the family of Freddie Gray, a 25-year-old Baltimore man who died in April from neck injuries acquired while in police custody. Baltimore officials reached the settlement after weeks of negotiating with the Gray family’s attorney, Billy Murphy. The agreement still needs to be approved […]

Judge refuses to dismiss charges against the Freddie Gray 6 A Baltimore, Maryland judge today heard motions calling for dismissal of charges against the six officers involved in the death of Freddie Gray in April of this year.  During Gray’s violent arrest, his spinal cord was severely injured causing his death a week later.  His death resulted in rioting, which led to the injury of 100 […]

Baltimore attorneys attempt to shame Freddie Gray in his death The six Baltimore officers indicted for the death of 25-year-old Freddie Gray are scheduled to go to trial in October, but their attorneys are making claims regarding the case beforehand. The defense attorneys say prosecutors directed investigators away from allegations that Gray had a history of injuring himself to collect insurance money. Earlier this year, […] Arnesha Bowers murdered for possible gang initiation Arnesha Bowers’ life was tragically taken by her own. While we’re chanting #BlackLivesMatter, another life in Baltimore was senselessly taken. Adonay Dixon, 23, John Childs, 20, and Raeshawn Rivers, 14, have been indicted on murder, rape, kidnapping, arson and other charges by Baltimore City State’s Attorney Marilyn Mosby. It’s such a heinous […]

The city of Baltimore was rocked by the announcement that all six police officers involved in the death of Freddie Gray have been indicted. Gray died from injuries sustained while he was in police custody. State’s Attorney for Baltimore Marilyn Mosby made the announcement at a press conference held on Thursday that there was probable cause to bring […]

CNN reports attorneys for the six Baltimore police officers, Caesar Goodson, Brian Rice, Edward Nero, Alicia White, Garrett Miller and William Porter, charged in the death of Freddie Gray want the case dismissed or state’s attorney Marilyn Mosby’s office to be taken off the case due to conflicts of interest. They cite: Mosby and her […]

America’s reckoning: Rage, reactions and the burning of Baltimore The year has started with the rise of Black women who have reached the pinnacle of success in their chosen field, law. Here are three Black women we can all look up to with pride: Sunny Hostin Asuncion “Sunny” Cummings Hostin, 47, has blazed a considerable trail in law and as a featured journalist for […] Baltimore state’s attorney and chief city prosecutor Marilyn J. Mosby is under fire by the Fraternal Order of Police for her connection to the attorney representing Freddie Gray Jr’s family. On Friday, May 1, Mosby, 35, acted swiftly and some would deem severely in the charges brought against six officers for their involvement in the […] Marilyn Mosby has barely been in office four months and already she has a case that has received national attention. Mosby is the Baltimore State’s Attorney who will be prosecuting the six officers involved in the death of unarmed Black male Freddie Gray. Gray died in police custody in circumstances that have now been ruled a […] In what seems to have been a lightning fast process, Marilyn Mosby the state’s attorney in Baltimore, has announced that the death of Freddie Gray has been ruled a homicide. As a result, the cops involved in his arrest and death now face serious charges. “To the people of Baltimore and the demonstrators across America, […]

The Phoenix Awards gala held during the Congressional Black Caucus Foundation’s 43rd annual legislative conference in Washington, D.C., hosted a convention center full of supporters dressed to impress. Check out the best dressed couples who were in attendance at the awards dinner last night and give us your thoughts. –Joi Pearson @JoiAPearson  Above is Nick Mosby, 7th District Baltimore City Councilman, and his wife Marilyn Mosby. […]