Memphitz seeking to rebound on Iyanla Vanzant’s ‘Fix My Life’ 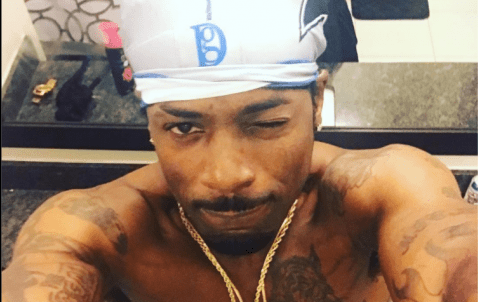 Memphitz has hinted about becoming the latest troubled celebrity to appear on ‘Iyanla: Fix My Life’ in an Instagram post that has since been deleted. In that post, Memphitz also captioned the photo with this thought: “You got some real questions, well I got some real answers. Some Good some Bad. But it will Be the […] Rolling out caught up with Toya Wright at Garb Shoetique where she was preparing for her daughter Reginae’s birthday and appearance on MTV’s “My Super Sweet 16.” This is the second exclusive interview in which Toya spoke about her separation from Mickey “MeMpHiTz” Wright, her husband of four years. Rolling out was curious to know […]

Happy Birthday Reginae Carter! Antonia Toya Wright and Lil Wayne’s daughter, Reginae is turning 15 today & I’m personally wishing her a Happy Birthday and many more to come! Recently launching a line of “Shut Up” hoodies and releasing her book “Paparazzi Princesses” with her best friend, Bria Williams, daughter of Birdman, she has a […]

Celebs who worked on Thanksgiving

Mary J. Blige, Toya Wright, Young Jeezy and more chose to work yesterday but why would a celebrity work on Thanksgiving? Well why not? After the turkey is cut, the games are played or the movies are watched, what else do you do? These celebs chose to make a few dollars while the rest chose […]

Instagram is the best way for fans to connect with their favorite celebrities. Toya Wright and MempHitz express their love via Instagram, posing for pics on red carpets, to hosting events together to, working out together. Check out their cutest pics below. –Joi Pearson @joiapearson

Antonia Toya Wright and MempHitz have walked plenty of red carpets together. Check out their fashion style.

*UPDATE* TMZ.com is reporting they spoke with ‘Memphitz’ Wright on August 24th and he said he was “completely shocked” when TSA agents discovered the gun in his bag. “I had my license and [the judge] did me right and let me out,” he told them. He added, “The TSA did their job … I just […]