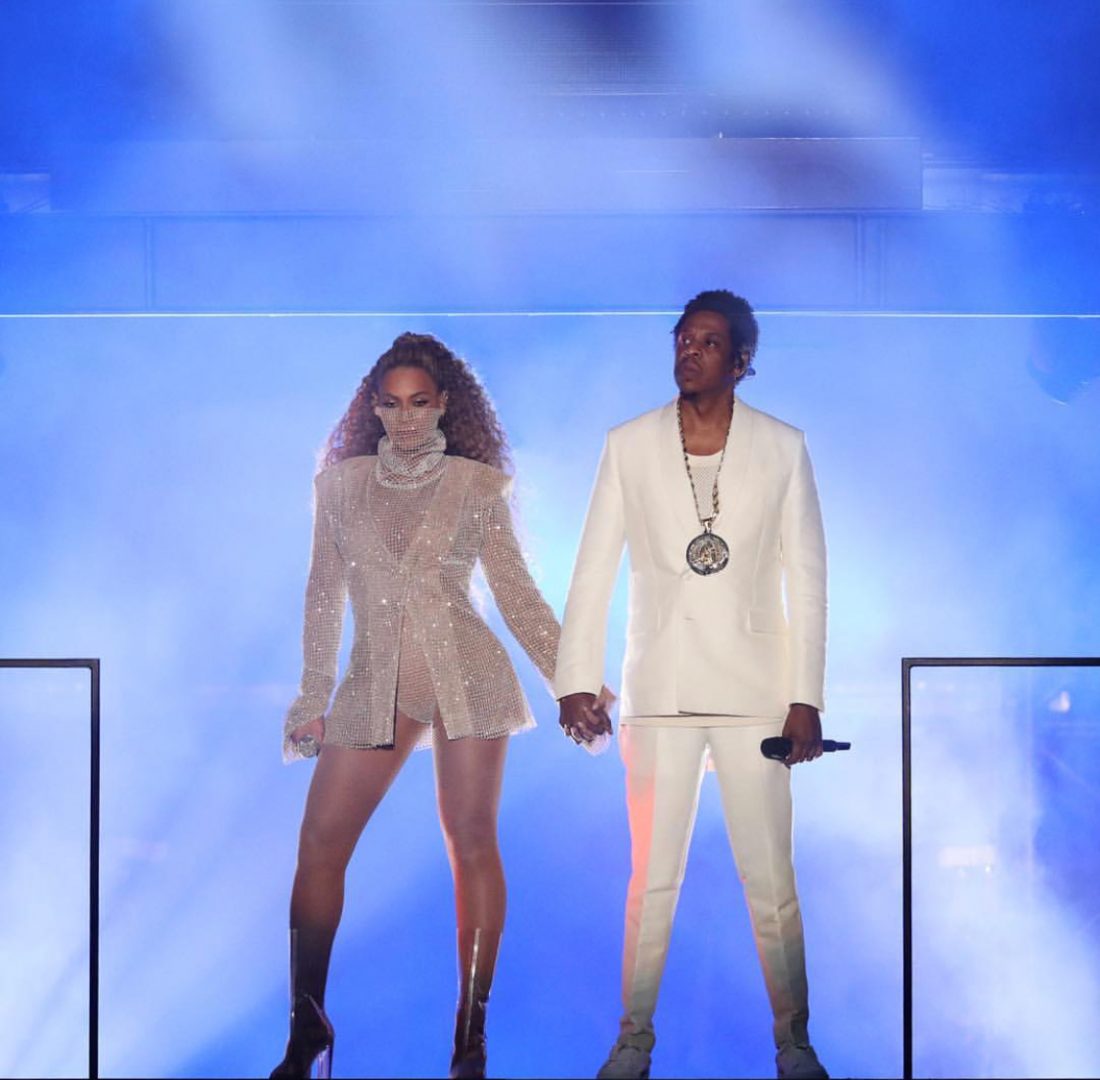 Fans were getting more than they could have possibly asked for when Jay-Z and Beyoncé fired off their highly anticipated On The Run II Tour that commenced in the U.K. Many fans are being greeted to much more than a spectacular stage show. The couple is distributing a tour book to accompany the international extravaganza, […]

It’s been a busy year for Jay Z and Beyoncé, who reportedly ended their summer “On the Run” tour with a bang! The musical power duo who have spent the past few months on a joint national tour while battling divorce rumors, have renewed their wedding vows after six years of marriage. According to the […]

Beyoncé shares family photos from trip to Paris It’s been weeks since the queen of pop Beyoncé and her rapper husband Jay Z have wrapped up their epic “On the Run” tour and while rumors of drama and divorce surrounded the musical couple, we’ve seen nothing but love between the two. Recently, the couple jet […]

After months of ever-building anticipation, HBO is set to air Beyonce and Jay Z’s “On the Run” concert special this Friday, September 20. The special will feature performance footage of the superstar couple from their September 12th and 13th shows, which occurred this weekend in Paris.

Jay Z and Beyonce make their final appearance when the “On the Run” tour makes is last stop tonight in Paris. Check out a clip from the tour

HBO presents ‘On the Run’ trailer with Beyoncé and Jay Z

Man’s finger bitten off during Jay Z and Beyoncé concert

A man took his girlfriend to see Jay Z and Beyoncé and lost his finger while protecting her honor. According to reports, Roberto Alcaraz Garnica saw the man’s girlfriend and approached her during the concert in San Diego, California. Garnica allegedly groped the woman’s butt and her boyfriend became upset. Garnica and the man began […]

‘On The Run Tour’: Jay Z and Beyoncé hit Chicago

Chicago represented Thursday night, packing Soldier Field stadium with over 60,000 concert goers. The vibe and atmosphere throughout the field was infectious. Everyone stood singing and dancing along with Jay Z and Beyoncé to over 40 of their classic hits. Although Mr. & Mrs. Carter had everyone waiting 1 ½ hours before they performed, and […]

Will Beyoncé divorce Jay Z after the ‘On The Run’ tour ends?

Rumblings of marriage troubles between Jay Z and Beyoncé have been circulating throughout the rumor mill ever since Bey’s sister, Solange, attacked Jay in their infamous elevator fight. Since then, rumors claimed everything from infidelity with multiple women to behind-the-scenes drama on the couples’ new “On The Run” tour. Now, a new report claims that […]

Lil’ Kim, 45 days after giving birth to her daughter, Royal Reign, got dressed up and hit the streets with her girls, Yandy Smith and Kimbella. They attended the Beyoncé and Jay Z “On the Run“ concert in New Jersey’s at the MetLife Stadium. Lil’ Kim posted, “Last night at #OTR tour was mad real!!! Great show!!! with @kimsbellasworld @yandysmith […]

Best Beyoncé and Jay Z ‘On the Run’ Atlanta photos

Jay Z and Beyoncé took over Atlanta’s Georgia Dome and shut the city down. The buzz from the concert has been the talk of Atlanta for weeks and finally they came and conquered. The fans came out and they were truly glad that they did because the concert was a huge success! Beybuzz posted on […]

Jay Z and Beyoncé concert: On the Run Tour comes to Atlanta, how to beat the traffic

On Tuesday, July 15, MARTA trains will operate a special event service to accommodate the expected increase in ridership for the Jay-Z and Beyoncé concert at the Georgia Dome. MARTA encourages customers to plan their trips accordingly in anticipation of the concert crowds and evening rush hour traffic. Due to the removal of thousands of […]

HBO presents Jay Z and Beyoncé ‘On the Run’ trailer

HBO to air “On the Run” tour special For those of you who didn’t have the dough to drop on Jay Z and Beyoncé’s epic “On the Run” tour, you’ll still have the opportunity to view them in all their glory! HBO, who previously teamed up with Beyoncé for her documentary “Life Is But A […]

The Carter’s continue to serve up flawless snaps from their “On the Run” summer tour. After being dubbed one of the 50 most powerful women in New York, Beyoncé and her rapper beau Jay Z deliver a new series of promo pics, channeling their inner glam. Tonight, the Carters rock the stage in Philly at […]

During a recent performance in Ohio, Beyoncé raised a few eyebrows as she was performing her 2006 song “Resentment.” She changed the lyrics of the song

Jay Z and Beyoncé never cease to ring the gossip bells as long as they have something to promote. Just when gossip sites are calling it quits between Mr and Mrs. Carter, hip-hop’s royal couple show their love as they embark on their “On The Run Tour.” While promoting the tour and on stage, we have […]