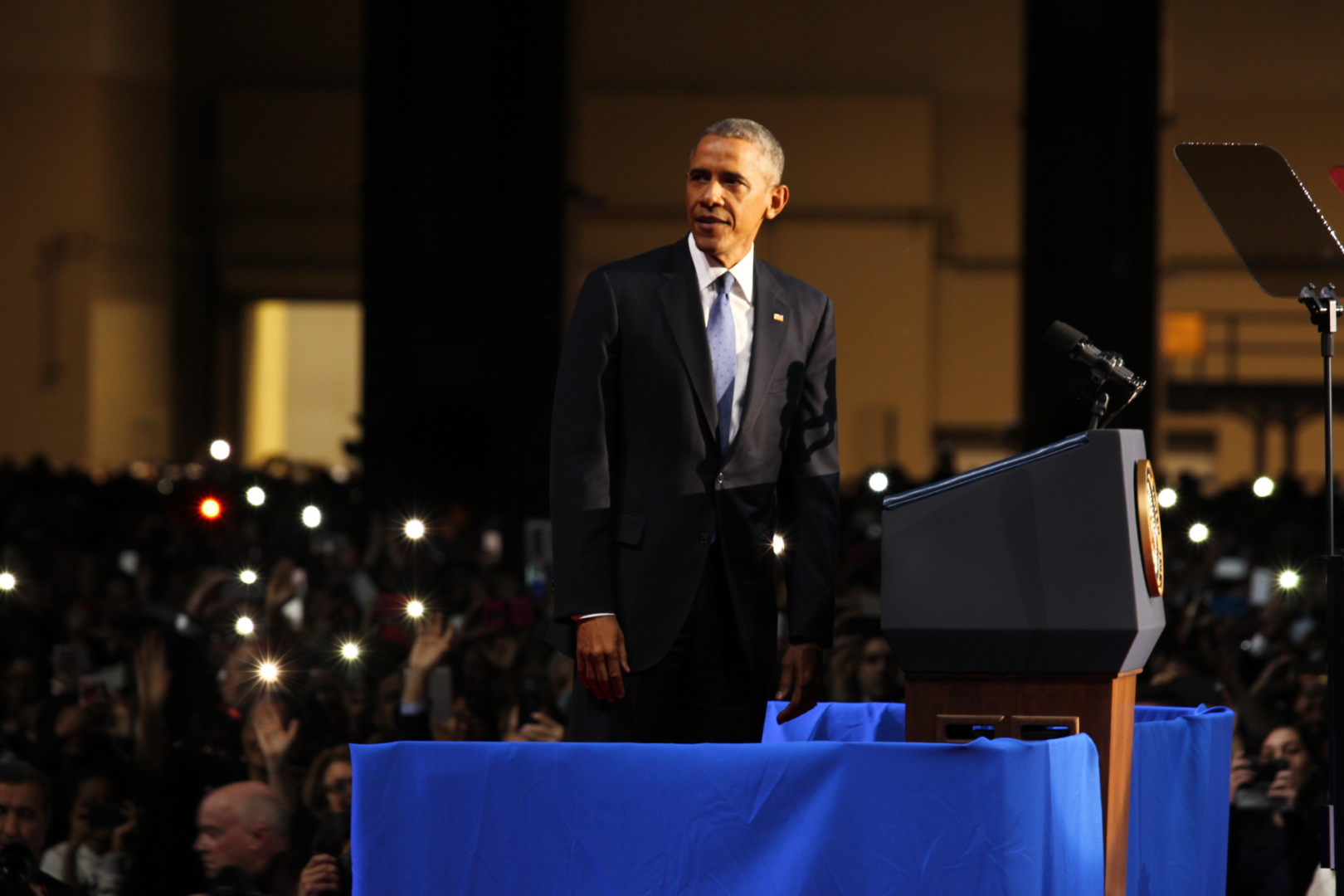 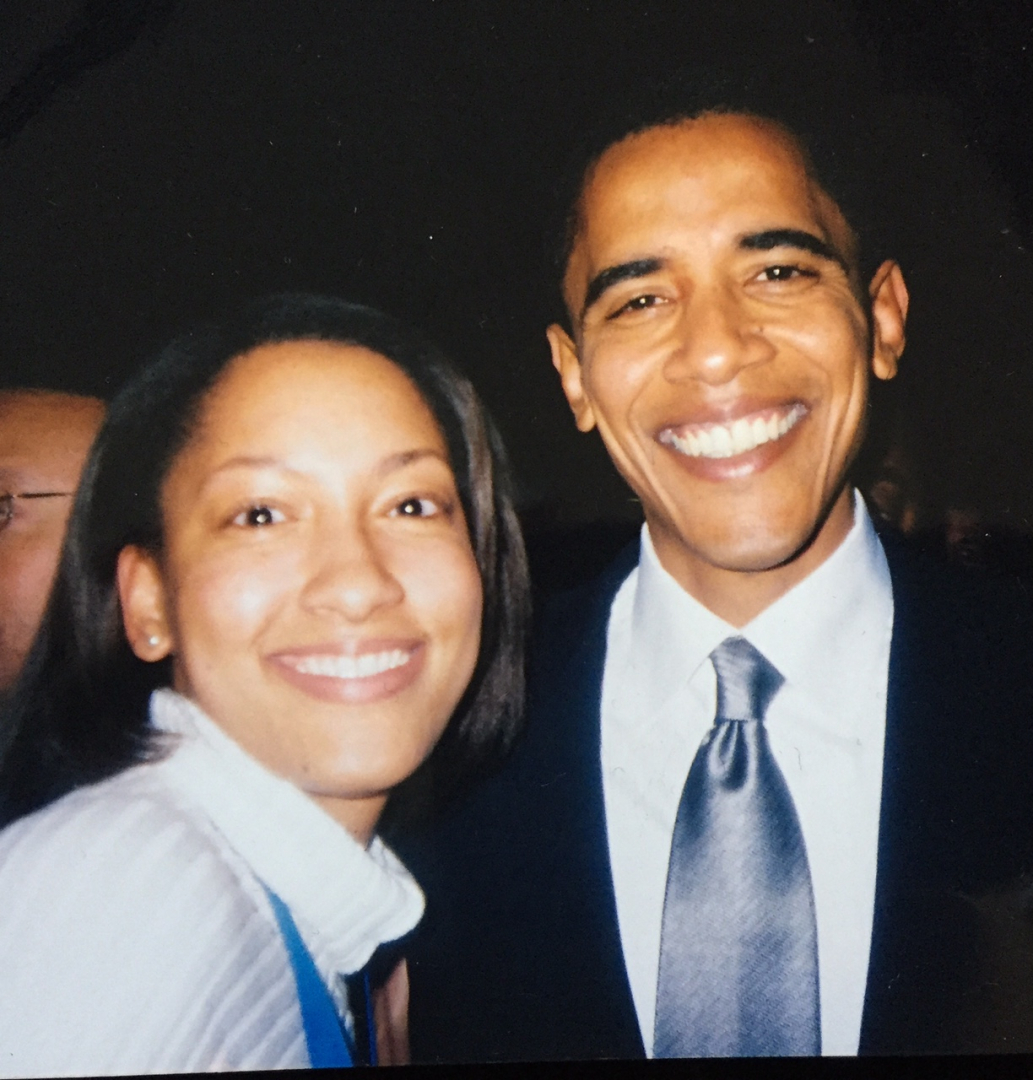 Last night, I was in the room at McCormick Place in Chicago with thousands of others as we said farewell to our president. Like Oprah’s “aha” moment, those who have volunteered or worked in some capacity with President Obama’s political campaigns over the years have their own Obama journey story. For me, I’ve had the […] 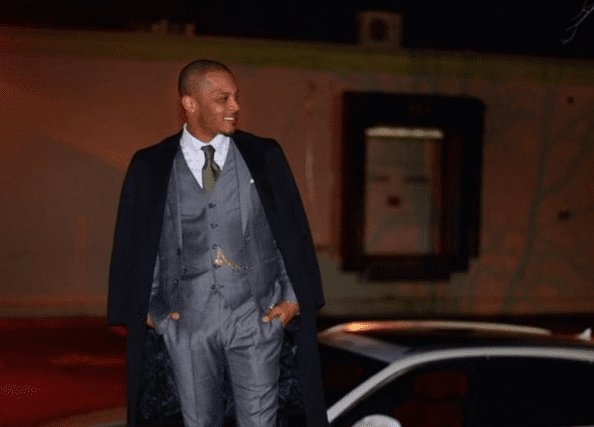 “We will forever be grateful to you and your family, the graceful intelligent compassionate first lady, Mrs. Obama, as well as your beautiful daughters Sasha and Malia for their collective sacrifices for US,” rapper and actor Tip Harris, better known as T. I. writes in an open letter to President Barack Obama that can be […] John Legend has flexed his political and activist muscles on many occasions in the past, making him one of the most beloved and outspoken celebrity activists of our generation. And recently, Legend flexed his power and influence for the greater good again when he wrote an open letter to President Barack Obama asking that he lend […] [jwplatform wWHKED8l] reminisces about her 25 year relationship with the President and First Lady and shares what they were like before they married! Let’s face it: we are a text-happy society that is using 140–160 characters to communicate every day, both personally and professionally. As we continue to turn toward texting instead of actually talking to people, it is important to remember that text etiquette should not be forgotten. Within our professional relationships with bosses, customers, and employees, […]

[jwplatform Q4Y6d5GU] Our publication was recently on hand as President Obama presented the Presidential Medal of Freedom at the White House. Edit: Asia Comans

Things could change drastically in a few months. But for the past eight years, President Barack Obama took the country to new heights as America’s first Black president. During that time, our publication has been able to capture several important moments inside of the nation’s most prominent house. The White House was once a place […]

President Barack Obama held the final Medal of Freedom ceremony of his administration. Rolling out was on hand at the White House as individuals such as Cicely Tyson, Kareem Abdul-Jabbar, Michael Jordan, Diana Ross, Robert De Niro, Bruce Springsteen and others the Medal of Freedom. “Today, we celebrate extraordinary Americans who have lifted our spirits, […]

The Obamas are moving to California (photos) President Barack Obama, first lady Michelle and first kids Malia and Sasha will be bicoastal. The outgoing first family will be splitting time between two major cities. This January, the family is expected to become bicoastal, with homes in both D.C. and California. The New York Post is reporting that the Obamas have purchased a home […]

On Wednesday, Nov. 9, President Barack Obama called president-elect Donald Trump to congratulate him, the White House said in a statement. According to reports, Obama invited the 45th President of the United States to join him at the White House on Thursday, Nov. 10 to discuss the presidential transition, citing a need to plan. “Ensuring a […]

Barack Obama praises Hillary Clinton: ‘She made me a better president’

President Barack Obama may be married to one of the most influential women in the world, Michelle Obama, but when it comes to the individual who has impacted his role as Commander-in-Chief the most, the 55-year-old revealed presidential hopeful Hillary Clinton, has been a major role in his success. During an appearance at International University in […] With daughter Malia, 18, heading off to college and Sasha, 15, in high school, it’s only natural that their father, President Obama would have to adjust to the idea of his girls dating. However, to our surprise, the father revealed he’s already “pretty relaxed about it.”

Diddy on the fence about voting for Donald Trump As the 2016 presidential election draws near, celebs across the country have been opening up about which candidate they want to see take the Oval Office. And while most are already settled on whether they’ll vote for Hillary Clinton or Donald Trump, Diddy recently revealed that he’s on the fence about whether he’ll cast his […] Hollywood’s elite showed up and showed out for President Barack Obama’s 55th birthday party, held at the White House on Friday, August 6. Considering this was Obama’s final birthday celebration in the presidential home, first lady Michelle Obama made sure her husband partied in style — hosting an epic birthday bash that included the likes of long […]

President Barack Obama took a subtle shot at Donald Trump for his feud with the parents of a Muslim-American soldier killed in Iraq. During his recent trip to Atlanta, President Obama spoke at the National Convention of Disabled American Veterans and shared how Americans should honor Gold Star families. “And let me say this. No […] Ariana Grande was blocked from performing at the White House after a vetting process flagged her bizarre antics in a doughnut store, in which she licked the sweet treats and said she hated America. The 23-year-old singer caused controversy in July 2015 when she was caught on camera using her tongue to touch a number […]

The death of Eric Garner at the hands of NYPD police shocked the nation and spawned the BLM rallying cry “I can’t breathe.”  Garner’s death, along with a tragic list of other Blacks who’ve been killed by officers, was one of the reasons that President Barack Obama hosted a town hall meeting entitled “The President and […] President Barack Obama knew that he needed to find a way to serve as mediator to two groups that have collided due to misunderstandings and racism. On July 12, President Obama and first lady Michelle Obama took a trip to Dallas to pay their respects to the five police officers who were killed during a […]