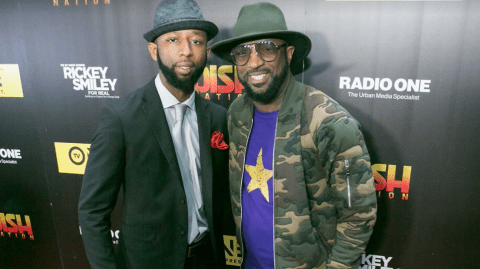 Here, entertainer Rickey Smiley discusses fatherhood. What legacy are you leaving for your children and the children of your community? You have to play no games. I hope that I leave something positive with them to make them want to be the best that they can be. To be upstanding and just being a good […] Entrepreneur, fashion designer and media personality Gary With Da Tea is known for his signature swag and fabulous radio personality that will have you laughing your socks off.  Want to know celebrity gossip, keep up on the latest fashion dos and don’ts, or wondering what’s the “Colour of the day”? Well, da tea king is at […] [jwplatform MfT2VXLA] Claudia Jordan isn’t having it today. Long resigned to ignoring the constant wave of trolling that’s often directed towards public figures, Jordan has decided to stand up for herself by delivering some choice words to the social media trolls who constantly litter her social media accounts with everything from insults to death threats. While on the set […] Rickey Smiley brought several of his celebrity friends to his “Rickey Smiley Show” Red Carpet Launch this week at the Buckhead Theater in Atlanta.   The comedian and radio show host introduced the attendees to his two new television show that premiered this week. “Dish Nation,” Smiley’s syndicated gossip show that can be seen locally at […]