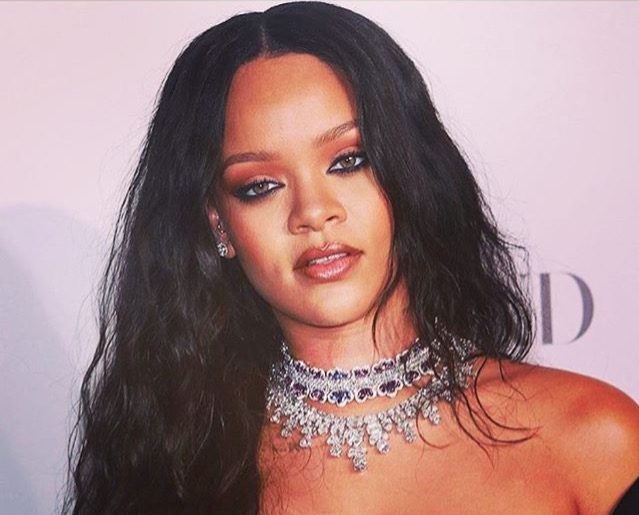 Believe it or not, Rihanna’s iconic single “Umbrella” is officially 10 years old. According to the singer, it feels just like yesterday that she dropped the track that launched her to super stardom. The Barbadian beauty caught up with ET at her 3rd Annual Diamond Ball benefiting the Clara Lionel Foundation at Cipriani restaurant in […] #FENTYxPUMA NYFW Posted by Rihanna on Friday, February 12, 2016 Rihanna continues to dominate both music and fashion with the debut of her Fenty x Puma collaboration. On Friday, Feb. 12, the 27-year-old unveiled her latest collaboration at 23 Wall Street, marking her first major clothing collection since becoming the brand’s latest creative director in […] It looks like Rihanna’s year is rounding out nicely. In addition to her highly anticipated ANTI album, rumor has it that Rih has confirmed another extension of her brand domination. According to Fashion Bomb Daily, the “Phresh Out The Runway” recording artist is planning to debut her entire PUMA collaboration during New York Fashion Week […]

Even though Rihanna isn’t on Instagram herself, the Rihanna Navy and loyal fashion fans have kept her New York Fashion Week looks on everyone’s timeline. The Bajan beauty received many positive reviews from fashion bloggers and the general crowd of fashionistas during the Fall 2014 NYFW. From her personality to her purses, Rihanna won over many hearts as she mingled […]

New York Fashion Week photos  The 2013 Mercedes-Benz Fashion Week is in full swing in New York City. The event that kicked off Sept. 5 and ends Sept. 12has been swamped with stars in fashion, sports and entertainment. Music superstars Nicki Minaj and Rihanna were spotted at Alexander Wang’s show and later at his after […]