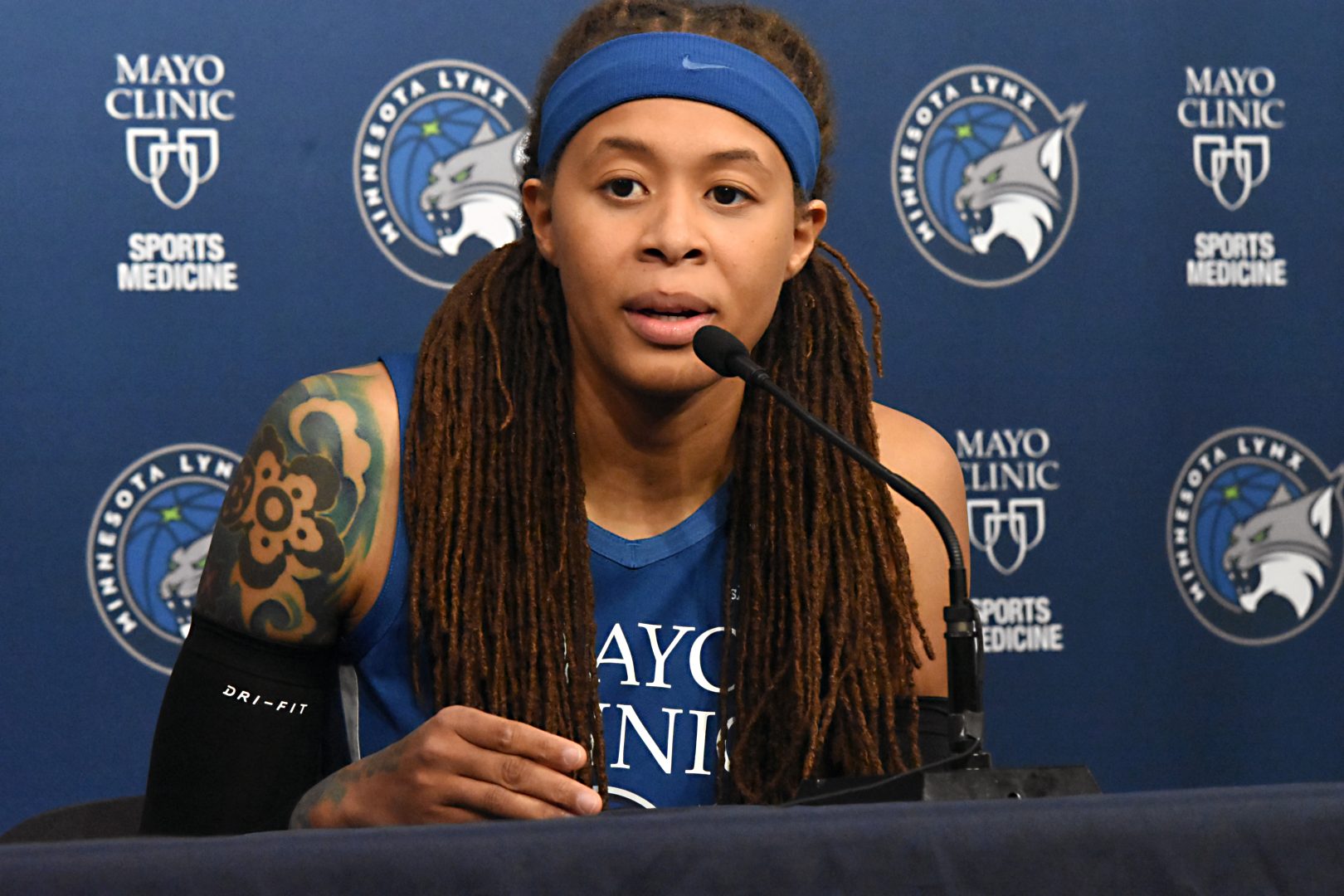 There will be a lot of new faces, while some familiar faces will be absent from the Minnesota Lynx roster this season. In their first-round draft pick, the Lynx selected Napheesa Collier from the University of Connecticut. Some other new faces are Lexie Brown the daughter of former NBA basketball player Dee Brown, Odyssey Sims a […]

Basketball players draw fouls all the time for getting rough with each other on the court, but last week WNBA players Diana Taurasi and and Seimone Augustus both got fouls for doing the exact opposite after Taurasi kissed Augustus. Taurasi’s Pheonix Mercury went head-to-head with Augustus’ Minnesota Lynx during the opening game of the WNBA […]

Raven-Symoné has been a hot topic in the tabloids ever since she confirmed longheld rumors that she’s a lesbian. Now, the former Disney star recently stepped out with her girlfriend, AzMarie Livingston, for the first time since the big revelation at Ludacris’ annual LudaDay weekend in Atlanta. According to LoveBScott.com, Raven-Symoné, who is managed by […]

WNBA player Sharnee Zoll-Norman recently revealed that she is gay.With so many politicians, celebrities and athletes opening up about their sexuality to the world, it’s safe to say that there has never been a better time than now to come out of the closet. In the past, Zoll-Norman has mentioned that she is married to […]

The world of sports has made significant progress over the past few months when it comes to diversity and inclusion as stars such as Jason Collins, Brittney Griner and Kevin Grayson, have all come out as gay. And while the issue of gays in sports has mainly pertained to baseball, basketball and football, American soccer […]

Jason Collins and other pro athletes who have recently come out

The world of sports is (relatively) on the fast track to change as NBA free agent Jason Collins made the decision to come out in now-famous Sports Illustrated interview, making him the first active player in NBA history to ever come out as openly gay. With the glass ceiling for gays in sports having been […]