Dr. Joe Johnson is an expert on pursuing one’s purpose 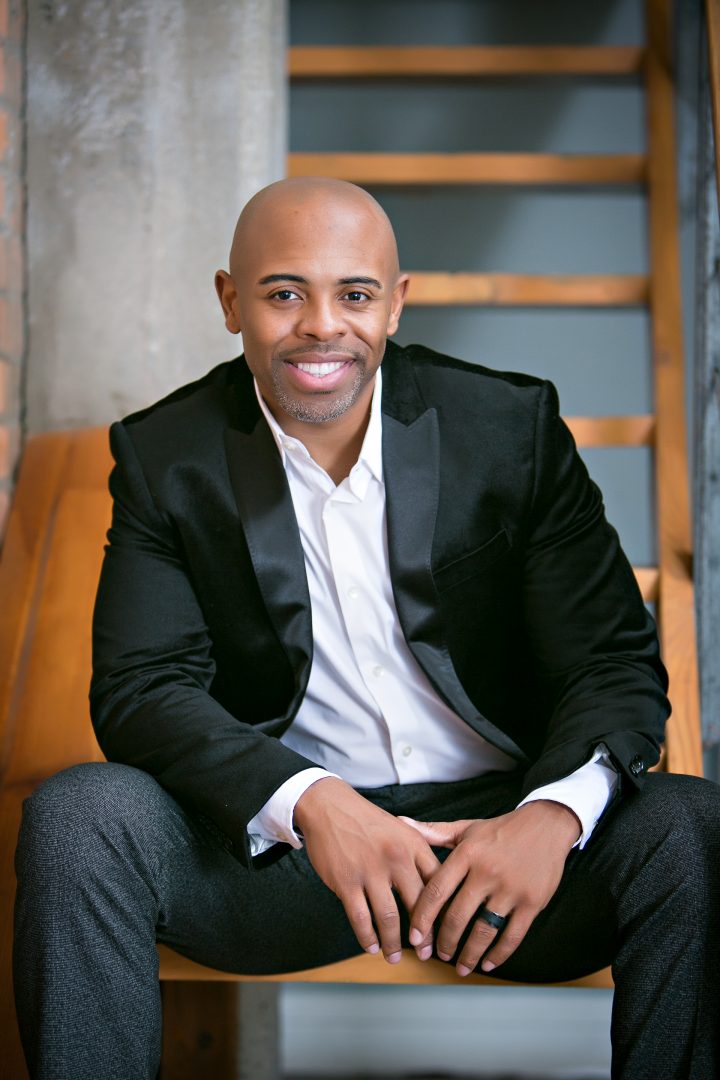 Any conversation concerning pursuing your purpose is a conversation that author and speaker Dr. Joe Johnson can engage in. With two books under his belt and decades of counseling and speaking experience, Johnson has mastered his purpose, which is to help others discover and pursue their own. Discussing key topics such as pursuing purpose over […] 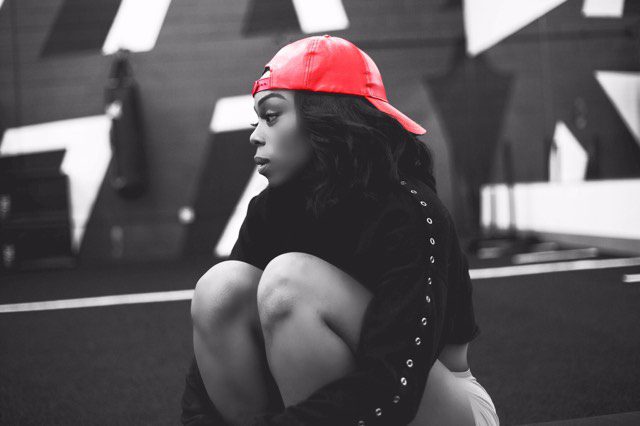 Shay Johnson is no stranger to finding love on TV. We first met her on “Flava of Love Part 2” as the rambunctious 20-year-old Flav named “Buckey.” Curvacious with a smart mouth and confidence to spare, she won over audiences so much that she’s become a regular on reality TV. Looking for love on TV […] 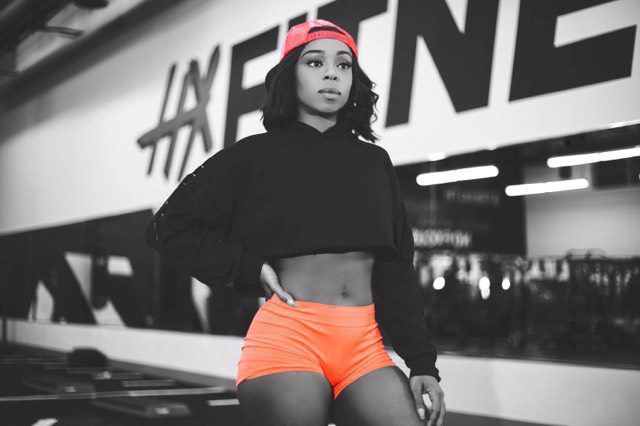 Heartbreak is a boss chick’s kryptonite. I can’t think of anything that could knock a black woman off her game besides the sting of heartbreak from an unwanted breakup. “Love & Hip Hop Miami’s” Shay Johnson admits after the first televised breakup with Lil Scrappy left her heartbroken. “After the show ended the way it did […]

Black-owned company, Bovanti is better than your average makeup line Bovanti Cosmetics is a Black-owned beauty business that has been in existence for over 30 years. With one store in Atlanta, Georgia, one in both Greensboro and Charlotte, North Carolina, and products available at retail shops, the line is steadily expanding and becoming well-known for its top-notch make-up and its informational beauty classes. But one […] Last night at the Biltmore Hotel in Atlanta, Porsha Williams was definitely glam on the red carpet for the launch of her Naked lingerie line. Sean Garrett and his amazing new artist Avery Wilson, along with Shay Johnson, Kameelah Williams from “R&B Divas,” and Bobby V were a few stars who walked the red carpet. Check out the pictures […]

Happy 51st birthday Momma Dee! Momma Dee is a reality TV star who rose to fame on VH1’s “Love & Hip Hop Atlanta.” She is featured on the show because of her son, Lil Scrappy, but people tune in now to see just what Momma Dee might do or say next. When she was younger […]

Fans of “Love & Hip Hop Atlanta” easily noticed that Lil Scrappy’s first “side chick,” Shay Johnson, was missing from the cast this season. But although Johnson wasn’t in front of the cameras, she previously claimed that she was still a part of Scrappy’s life and definitely still in his bed. Now, Johnson is sharing […]

Shay Johnson OK with being Lil Scrappy’s side chick

Shay Johnson has been noticeably absent from “Love & Hip Hop Atlanta” all season long, having seemingly been replaced as Lil Scrappy’s side chick by his other “friend” Erica Pinkett. However, in a new interview with Vh1 claim that cameras are still around in her life and that she and Scrappy still have a scandalous […]

Rumors have been swirling about Nelly and Ashanti ever since the rapper broke up with his latest ex, Tae Heckard, with many wondering if Nelly and Ashanti have reunited again. Both stars have remained relatively mum about the issue, with Ashanti refusing to say yay or nay. However, Ashanti recently got more candid about her […]

Bambi and Shay Johnson fight over Lil Scrappy  Two ladies returning to television on the next season of “Love & Hip Hop Atlanta” are already letting their disdain for each other spill onto social media. Bambi formerly of “Basketball Wives” is currently dating Atlanta rhyme slinger Lil Scrappy, apparently to the dismay of Shay Johnson. […]

Anyone who has seen the new super trailer for the upcoming sixth season of “The Real Housewives of Atlanta,” knows that the housewives are turning up the drama dial to ultra ratchet this season. And things are certainly heating up between Phaedra Parks, Apollo Nida and Kenya Moore as their scandalous love triangle is set […]

With Khloe Kardashian and Lamar Odom’s marriage on the rocks, the young Kardashian sister has been leaning on her celebrity friends, including Game, for support. But growing rumors claim that Kardashian and Game are more than just friends and that Game is trying to woo the reality TV starlet away from her troubled husband. But […]

Mimi Faust and her on-again, off-again boyfriend Nikko are used to showing off the highs and lows of their relationship to the “Love & Hip Hop Atlanta” cameras but according to a new rumor the couple is now showing off their sex life as well in a newly leaked sex tape. According to MediaTakeOut, a sex tape starring the […]

Bambi claims she’s not concerned about Scrappy cheating on her

Lil Scrappy’s love life hit the front pages again this summer when he revealed his new girlfriend, “Basketball Wives LA” star Bambi, to the world. And although Scrappy has had several infidelity issues with his other exes, including fellow “Love & Hip Hop Atlanta” stars Erica Dixon and Shay Johnson, Bambi claims that she’s not worried about Scrappy cheating on her too. […]

Whether it was Ludacris combing philanthropy and fun for a good cause, or Miley Cyrus trying to dunk, Diddy hanging with the Black Eyed Peas or Floyd Mayweather enjoying a late-night dinner with the family in preparation for the greatest boxing payday ever, celebrities were busy this past week.  As we peeled ourselves off the […]

You can call Lil Scrappy’s ex Shay Johnson many things, but one thing you can’t says is she doesn’t know how to make business moves. A returning guest on “Love & Hip Hop Atlanta,” Johnson recently launched a graphic T-shirt line called Bread Girlz.

Stevie J, aka The Good Guy, is not quite portrayed as the Good Guy on screen. In 2 seasons on “Love & Hip Hop: Atlanta” he has dated 2 reality stars, Mimi Faust and Joseline Hernandez.  Check out a few other hip-hop artists who have dated reality stars. -Joi Pearson

It’s certainly no secret that Momma Dee is no fan of her “Love & Hip Hop Atlanta” co-star, Erica Dixon, or her mother, Mignon, but Momma Dee recently took her beef from the VH1 cameras to the tabloid cameras as she was recently taped drunkenly blasting Dixon and Mignon during a wild night of partying […]

This week on part two of the “Love & Hip Hop Atlanta” reunion, Rasheeda finally gets a chance to confront Kirk about his cheating. Meanwhile, Stevie, Mimi and Nikko sit down for an explosive moment on stage. Check out all of the best moments from the episode below. –nicholas robinson www.facebook.com/NicholasHarborOfficial www.twitter.com/Nicholas_Harbor