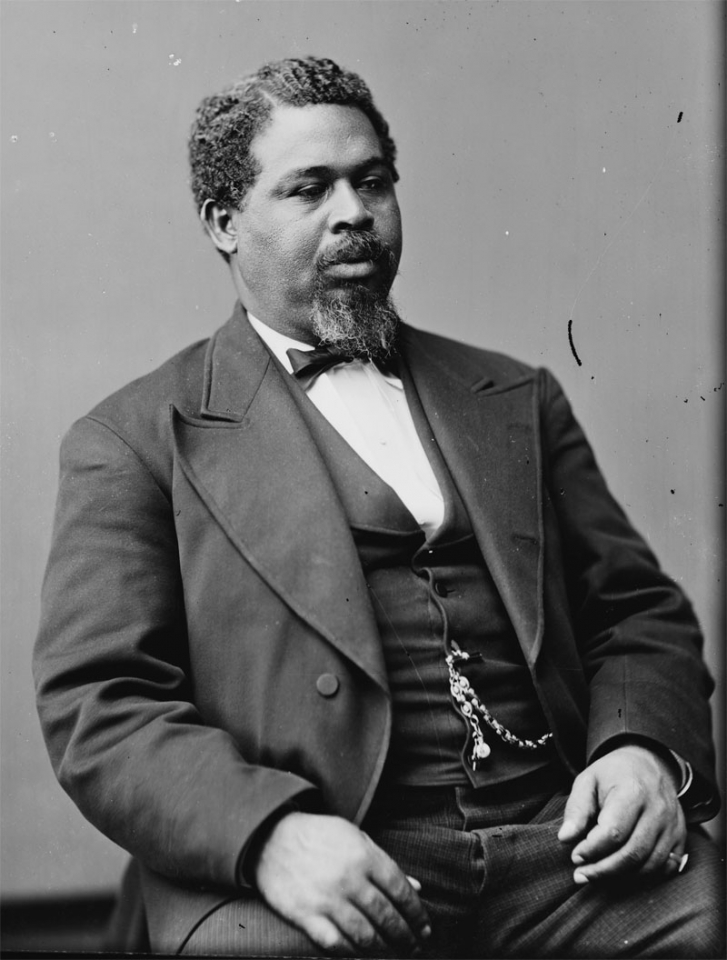 There are many untold stories of Black Americans who were a vital part of the emancipation of our people and the building of the United States. One such story is that of Robert Smalls, a slave forced to serve in the Confederate Navy and his daring escape that freed slaves and captured a Confederate ship.

Smalls was a highly capable navigator and served as helmsman aboard the CSS Planter near Charleston, South Carolina. It was a lightly armed troop transfer vessel that laid mines, carried naval communications as well as shuttled troops. Smalls’ knowledge not only included the Charleston area but also the rivers and waterways that extended to the Georgia and Florida coasts. He was well trusted by the commander of the vessel, Charleston District Commander Brigadier General Roswell S. Ripley. As Union forces began to advance toward the south he was planning his escape and recruiting fellow slaves who were crew members, except for one he did not trust. On the night of May 12, 1862, the White officers left the ship for the evening as was their usual custom and left Smalls in charge of the ship.

That is when Smalls put his plan into action and seven of the eight crew members quietly unmoored the ship. Smalls had put on the captain’s uniform and wore a hat similar to the captain’s and knew all the required Confederate codes and signals. Nearby vessels assumed it was Gen. Ripley on deck because Smalls was copying the mannerisms of the Confederate officer. The crew then picked up family members at hidden spots as they made their way to a blockade of Union ships in the harbor flying a white bed sheet. The Union vessels allowed Smalls’ ship to approach the line and he surrendered the vessel and Confederate codebooks and maps.

The intelligence allowed the Union army to seize major objectives around Charleston one week after Smalls delivered his information. Smalls was only 23 at the time and was called a hero for his valiant escape and support of the union. Through an act of Congress, he was given today’s equivalent of close to $36K as part of the prize money for delivering the captured vessel.

Small joined the Union Navy and met with Abraham Lincoln in August 1862 as part of an effort to permit Black men to fight in the Union Army. His meeting was successful and an order permitting up to 5,000 African Americans to enlist in the Union forces at Port Royal. Those who did were organized as the 1st and 2nd South Carolina Regiment (Colored). Smalls worked as a civilian with the Navy until March 1863, when he was transferred to the Army. By his own account, Smalls was present at 17 major battles and engagements in the Civil War.