Introducing our March 2017 cover star @BadGalRiri! The pop star takes flight in our new issue, tap the link in our bio to see the full fashion shoot on BAZAAR.com, by our editor in chief @GlendaBailey. #BAZAAR150 Photography by @marianovivanco Styling by @melzy917

In the high-fashion spread, the 28-year-old pop star channels her inner Amelia Earhart, draped in a series of iconic looks a la the first female aviator to fly solo across the Atlantic Ocean.

@BadGalRiri channels Amelia Earhart, the first woman to fly alone across the Atlantic Ocean, for our March 2017 issue by editor in chief @GlendaBailey. Link in bio to see the full shoot on BAZAAR.com. #BAZAAR150 Photography by @marianovivanco Styling by @melzy917

In one striking image, Riri rocks a Marilyn Monroe-esque gown while posing atop a vintage red airplane. In another image, the “Work” recording artist can be seen wearing a stunning Ralph Lauren frock, priced at $4,390. Complete with a simple flight cap, Rihanna appears ready to slay the runway (no pun intended).

“There’s something so special about a woman who dominates in a man’s world,” Rihanna shared via Instagram. “It takes a certain grace, strength, intelligence, fearlessness, and the nerve to never take no for an answer. Amelia Earhart was such a dynamic force in her industry, setting multiple aviation records in her time.”

She adds, “So it was a no-brainer for me to team up with Harper’s Bazaar in honor of a woman who held her own with the big boys.”

For more epic snaps from Ri’s latest high-fashion photo shoot, check out the gallery below. Tells us, are you feeling it? 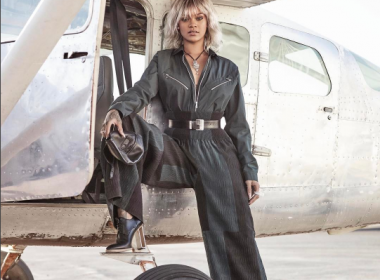 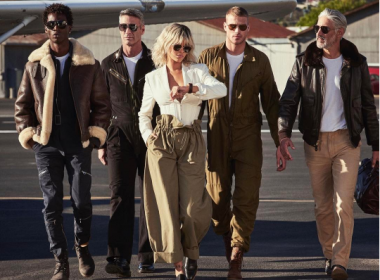 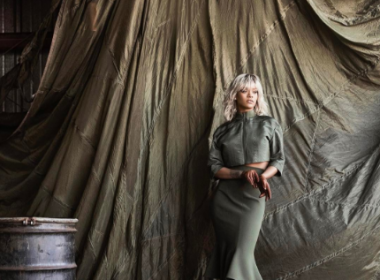 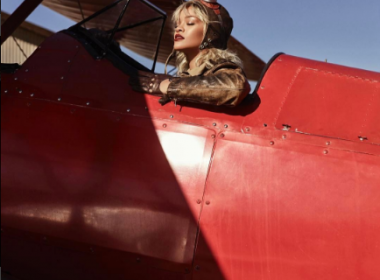 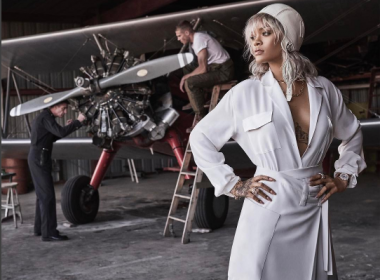 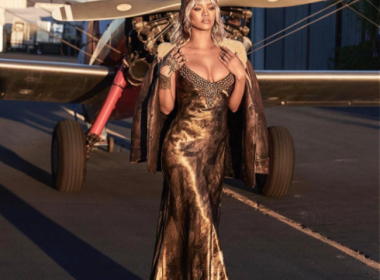