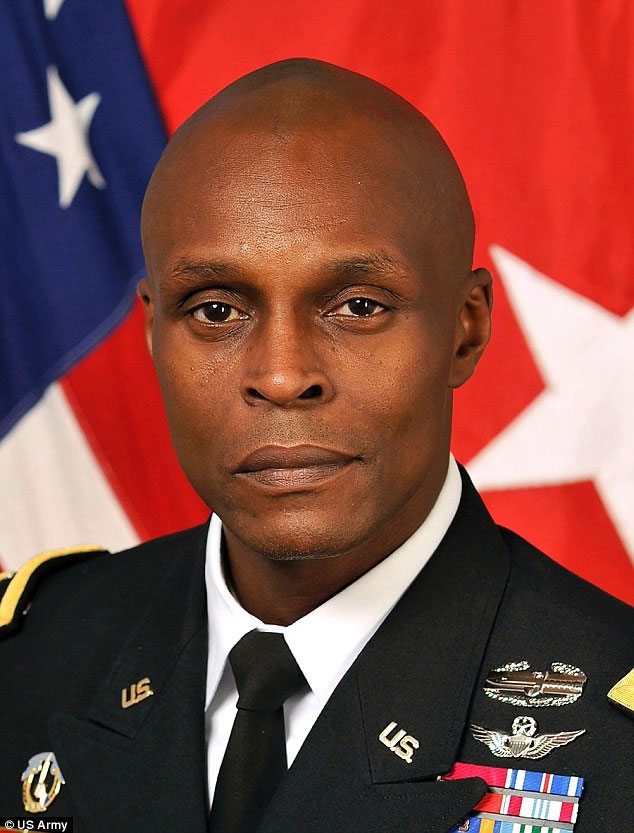 When any officer, especially a Black one, reaches the rank of General, it is a milestone in their career that proves they are among the best in the nation. Now, one of the Army’s most promising commanders has thrown it all away after lies and conduct unbecoming of an officer.

Ron Lewis had achieved the rank of three-stars, a lieutenant general, with a salary of over $170K. He was a 30-year veteran of the army and a trained helicopter attack pilot and once served as a top aide to the then-Defense Secretary Ash Carter.  The married Lewis was raised in Chicago and in 2014 rumors began to spread about his behavior while out of uniform. An investigation was launched and after a 30-page scathing report, he was demoted in November 2015 to the rank of one-star.

The report showed that Lewis had misused his government issued credit cards on multiple occasions at strip clubs around the world. In Seoul, Korea, he racked up a $1,100 bill at a notorious strip club called the Candy Bar. The bar is located in an area known as “Hooker Hill” and is off limits to military personnel. When asked about the charge, Lewis lied about being at the bar and a new credit card was issued. Apparently, this was not enough of a warning for him and another charge appeared for a strip club, this time in Rome, Italy. It was there that Lewis visited a club called the Cica Cica Boom and spent $1,775, but couldn’t pay the bill on his debit card, so he returned to his hotel to get his government credit card from a female Defense Department staff member. She told investigators, “She thought it was ‘very odd’ that MG Lewis asked for his [government credit card” and that she “felt like something wrong was about to happen, but I wasn’t in a place to tell him, no.”

Lewis was also caught heavily inebriated on a beach in Hawaii with a female enlisted member. It is against Army regulations for an officer to fraternize with the enlisted.

This week, Lewis was forced to resign from the Army at a reduced rank and lost $10K in pension benefits.