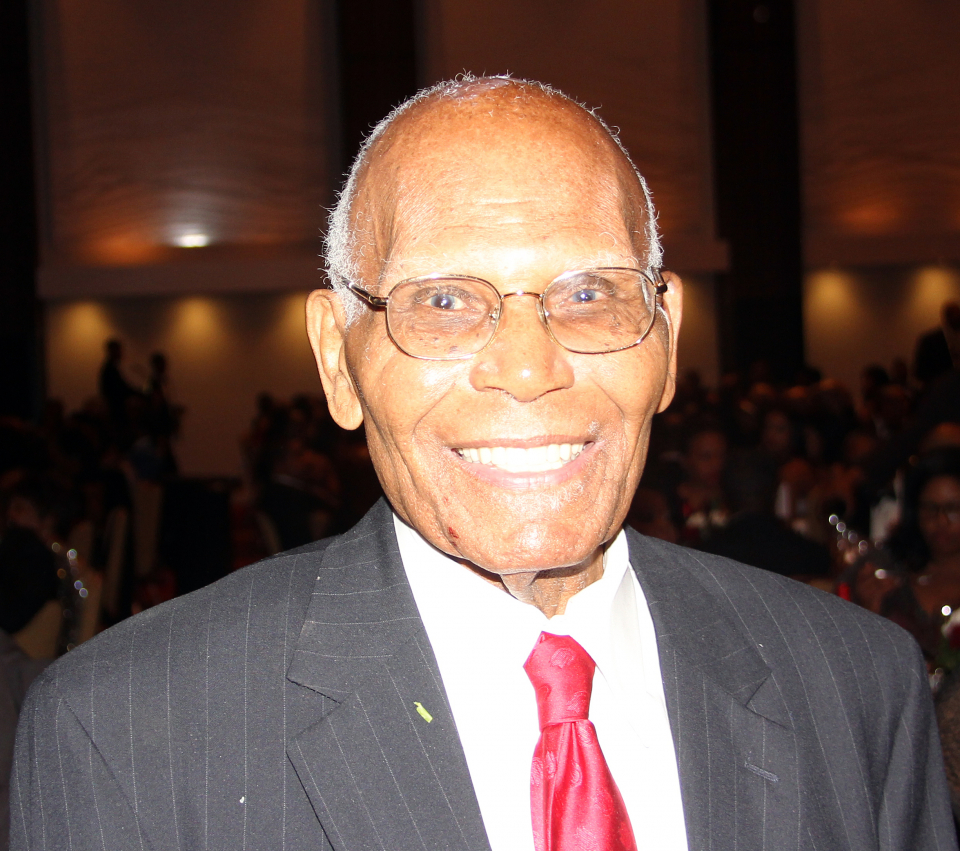 To be wise and to have the ability to impart that wisdom to students has been the job of Morehouse College professor Dr. Tobe Johnson for the past 59 years. As professor and chair of the Political Science Department, his coursework is one of the most demanding at the college as he molds minds of iron into steel weapons of knowledge. If you were a political science major, it was impossible to earn your degree without taking courses with Dr. Johnson. But this now comes to an end as Morehouse College announced Dr. Johnson will be retiring from the school. He is the longest-serving faculty member in the school’s 150-year history.

Dr. Johnson is a 1954 graduate of Morehouse and earned his Ph.D. from Columbia University in 1963. His concentration has been on understanding the performance of Afro-American mayors. Dr. Johnson writes in his bio, “The research seeks to determine the degree of flexibility or discretion African-American mayor are able to exercise in making and implementing policy. The conceptual framework of this research is based on the assumption that the flexibility of discretion such mayors have in achieving their policy goals is constrained by the environment in which they must operate. The conceptual framework derives from several theories: Regime Theory, Rational Choice Theory, Issue-Determines Politics Theory, and Leadership Theory. The research is important because much of the literature dealing with this problem argues that the constraints placed on the mayor by the environment will prevent him or her from significantly improving the well-being of black citizens in the city. My research in effect tests this hypothesis and seeks to provide a systematic empirical appraisal of it. I want to know what the limits of the flexibility of mayoral power are to achieve significant change.”

One of Dr. Johnson’s most famous students was the first Black mayor of Atlanta, the late Maynard Jackson. A hard earned letter of recommendation from Dr. Johnson meant that you were a proven and worthy student and allowed access to the top graduate and law schools across the nation. When there was a crisis within the college’s political science department after multiple staff departures, Dr. Johnson came out of semi-retirement to assist. His leadership continued the important work of producing lawyers, diplomats and government officials who came through the department. Even in his late 80s Dr. Johnson rarely took the elevator to his office; rather he climbed three flights of stairs in Wheeler Hall on a daily basis. Students out of breath rushing to climb stairs were often greeted by Dr. Johnson on his seemingly effortless climb.

Hundreds of Morehouse men remember Dr. Johnson as graduation marshal, despite his age, leading graduating classes to the stage, completing their Morehouse experience. With Dr. Johnson’s retirement, it is an end of an era at Morehouse College.