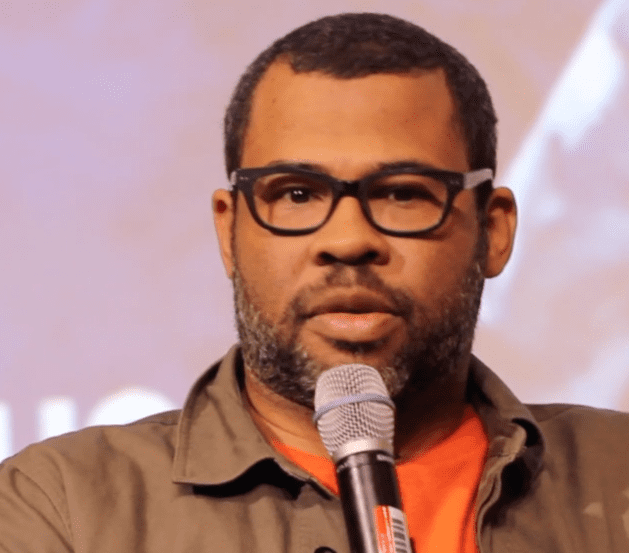 Get Out brings Jordan Peele’s career to a new dimension. Making headlines earlier this week for receiving a rare 100 percent rating on the film critic website Rotten Tomatoes, the 38-year-old writer and director’s transition from television comedy skits on “MAD TV” and “Key & Peele” to this horror film was a 14-year journey that has come full circle.

“It reached my inner blackness,” Morehouse College freshman Anthony Felder said of the film after watching the student screening last night. “From the beginning of movie, I connected with it the entire way.”

The plot follows a young Black man who’s going to visit his White girlfriend’s family for the first time. The film will be released nationwide on Feb. 24.

Here are eight interesting things we learned about Jordan Peele at a roundtable held at Morehouse College.

8. He never thought this movie would be made.

Non-parody horror films with Black characters as the protagonist are extremely rare. Add that factor to an interracial relationship and chances of finding a major American film with similar circumstances is nonexistent.

“You really have to write your favorite thing that doesn’t exist,” Peele said when giving advice to aspiring film makers at Morehouse College. “I’ve been on TV for years and I still never thought this would get done.”

Although this latest film may fall more under the horror category, Peele’s past experiences in writing comedy skits still played a part in forming the concept for this movie-including his “Obama Anger Translator” skits.

“Saying everything Obama couldn’t say was a response to a lack of discussion on race after he was elected,” Peele said of the skits. “This movie was made to call out racism.”

6. The film was written around the time Trayvon Martin was killed.

“I came up with the premise before the Trayvon Martin killing,” he said. “But I started writing the script around the time of the incident.”

5. He believes story telling is one of the more effective ways to communicate.

Peele believes that if an audience can see through the protagonist’s eyes, they can then communicate more effectively versus just angrily explaining their side of an argument. He thinks this film can help White people understand the Black experience.

“I didn’t want to be like Ben Affleck and say, ‘I need to be in this movie and give myself the role of a lifetime.’ I don’t like my acting that much to do something like that and I wanted to focus on the directing,” he said.

Peele compared the sinking scene to Black people watching scary movies, yelling at the screen in the theaters, knowing the characters in the movie can’t hear them. You can find the scene in the trailer when the main Black character is told by a White woman to sink in the floor. Mass incarceration also inspired the scene, Peele later explained.

2. He has a production company and he’s looking to give opportunities

During the Q-and-A portion, a Morehouse College film student asked Peele how he could break into the industry. Peele responded to the student saying that he often checks out films sent to him on Twitter and his company, Monkeypaw Productions, is always looking to give opportunities to up-and-coming filmmakers.

1. He wants to create a conversation about race

Throughout the roundtable, Peele referred to the importance of having conversations about race. “What scares me are people that quietly hate me,” Peele said, which resulted in a standing ovation from the students in attendance.


Posted in Movies and tagged Get Out, horror, Jordan Peele, Movies, race, racism