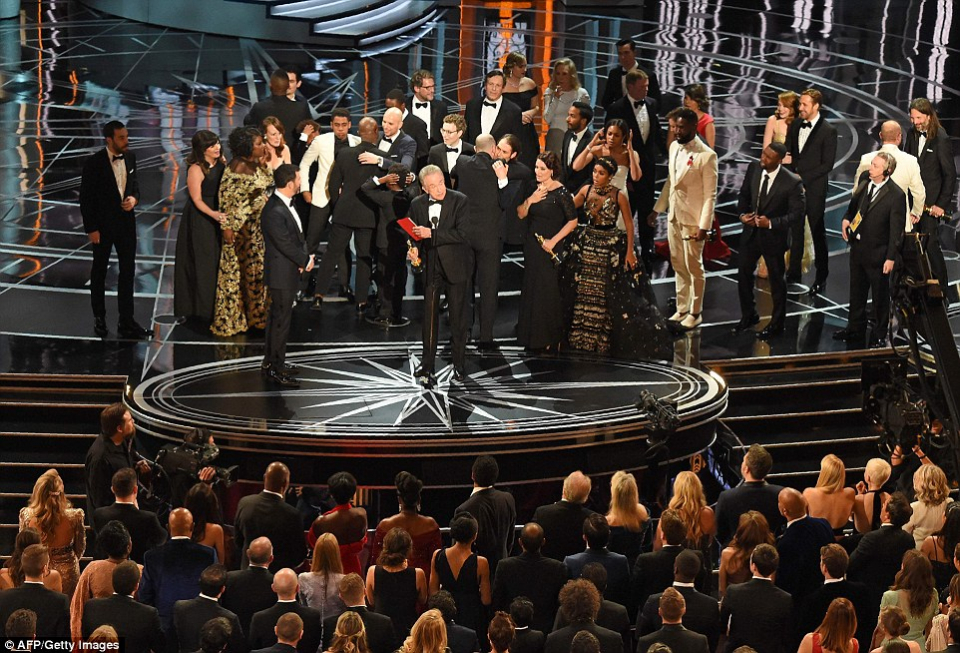 PriceWaterhouseCoopers robbed Moonlight of its chance to give their acceptance speech at Sunday’s Oscars. La La Land, with 12 Academy Award nominations was announced as Best Picture, but to everyone’s surprise, Barry Jenkins’ Moonlight was actually the industry fave for the highly coveted prize.

For more than 80 years, PwC has administered the Oscars balloting process on behalf of the Academy of Motion Picture Arts and Sciences.

“I want to tell you what happened,” presenter Warren Beatty said when it became clear that a mistake had been made. “I opened the envelope and it said ‘Emma Stone, La La Land.’ That’s why I took such a long look at Faye.”

PwC has offered apologies to the casts of both films, as well as Beatty and Dunaway for the “error.” They oversee “all aspects” of the process and deeply regret this mistake.

“The presenters had mistakenly been given the wrong category envelope and when discovered, was immediately corrected. We are currently investigating how this could have happened, and deeply regret that this occurred.

“We appreciate the grace with which the nominees, the Academy, ABC, and [host] Jimmy Kimmel handled the situation,” PwC said in its statement.

Barry Jenkins gave the shortest Best Picture speech after Moonlight’s surprise win: “Very clearly, even in my dreams this could not be true, but to hell with dreams! I’m done with it because this is true. Oh, my goodness. I have to say it is true, it’s not fake. We’ve been on the [awards show circuit] with these guys for so long and that was so gracious, so generous of them. My love to La La Land, my love to everybody. man.”