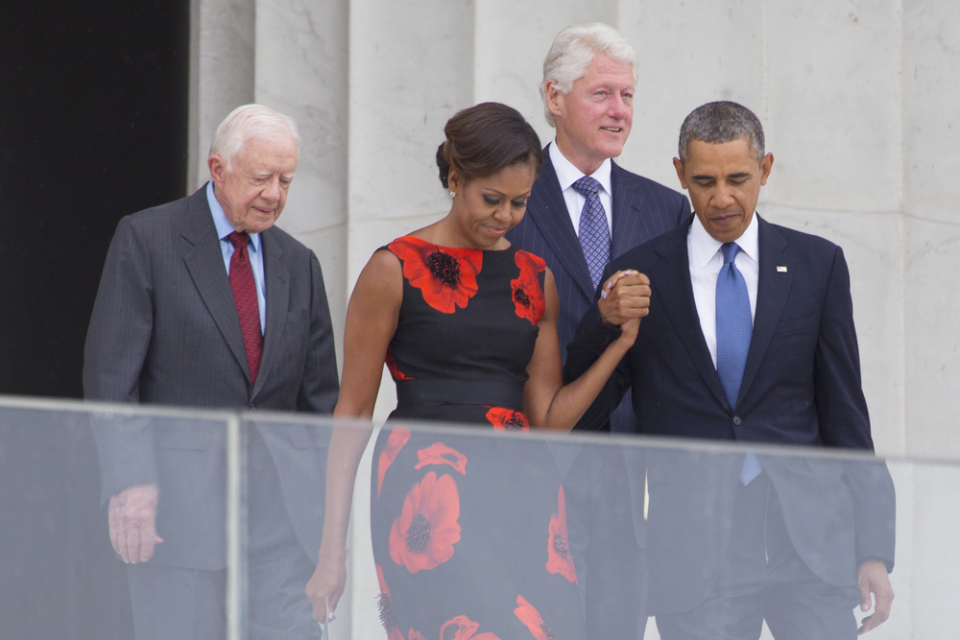 Penguin Random House plans to donate one million books in the Obama family’s name to First Book, a nonprofit organization that provides books to disadvantaged children, and Open eBooks, the Washington-based partner for the 2016 White House digital education initiative. The Obamas also plan to donate part of their advances to charity, including the Obama Foundation.

“We are absolutely thrilled to continue our publishing partnership with President and Mrs. Obama,” Markus Dohle, the chief executive of Penguin Random House, said in a statement. “With their words and their leadership, they changed the world, and every day, with the books we publish at Penguin Random House, we strive to do the same. Now, we are very much looking forward to working together with President and Mrs. Obama to make each of their books global publishing events of unprecedented scope and significance.”

Barack Obama has three best-sellers Dreams From My Father, The Audacity of Hope and Of Thee I Sing.

The new National Democratic Redistricting Committee is in place to address the gerrymandering that has placed the Democratic Party at a disadvantage in the House of Representatives. Holder also promised on Obama’s behalf that the former POTUS will be returning to the political scene to help with the Dem’s efforts.