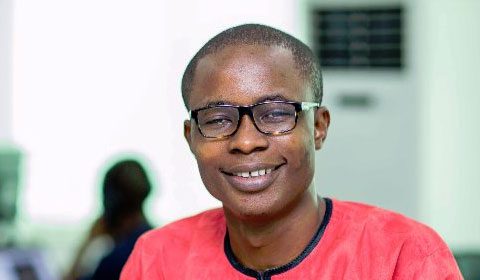 The new world of President Trump is causing turmoil for thousands of immigrants trying to get into the United States legally. There have been numerous stories of travelers being stopped and some say unreasonably questioned by TSA and immigration officials because of their name, religion, and country of origin, even if the country did not appear on Trump’s original executive order on immigration.

Most recently, Muhammad Ali Jr., son of the legendary boxer, was questioned for several hours upon returning from a conference in Jamaica with his mother. But Celestine Omin had perhaps the strangest encounter so far; he had to solve a mathematical equation before being allowed into the United States at JFK airport in New York City.

Omin is employed as a software engineer at a company called Andela, which connects tech talent in Africa with employers in the U.S. After departing his flight on Qatar Airlines from Lagos, Nigeria, he was pulled aside for questioning. After waiting in a room for some time, a Customs official allegedly asked, “Your visa says you are a software engineer. Is that correct?” Omin stated that the agent was accusatory but he responded that was indeed his job. That’s when the unnamed official pulled out a piece of paper and demanded that Omin answer the following: questions:

“Write a function to check if a Binary Search Tree is balanced.”

“What is an abstract class, and why do you need it?”

Surprised at the questions and tired after 24 hours of travel, he did his best to answer the questions which could technically be answered in multiple ways. Omin stated to the media, “No one would tell me why I was being questioned. Every single time I asked [the official] why he was asking me these questions, he hushed me … I wasn’t prepared for this. If I had known this was happening beforehand, I would have tried to prepare. That is when I thought I would never get into the United States.”

The official took his answers and came back 10 minutes later and told Omin that he was incorrect. He thought for sure he was going back to Nigeria and was going to lose his job. After an agonizing wait, the official came back into the room and according to Omin “He said, ‘Look, I am going to let you go, but you don’t look convincing to me.” With that Omin left the room and was allowed entry into the U.S. He later found out that officials called his company to confirm that he indeed worked in their offices.

I was just asked to balance a Binary Search Tree by JFK’s airport immigration. Welcome to America.

His tweet was retweeted over 8K times and people were shocked at his treatment. But Omin remains positive and thankful for the outpouring of support he received. U.S Customs officials have so far refused to comment on the encounter.