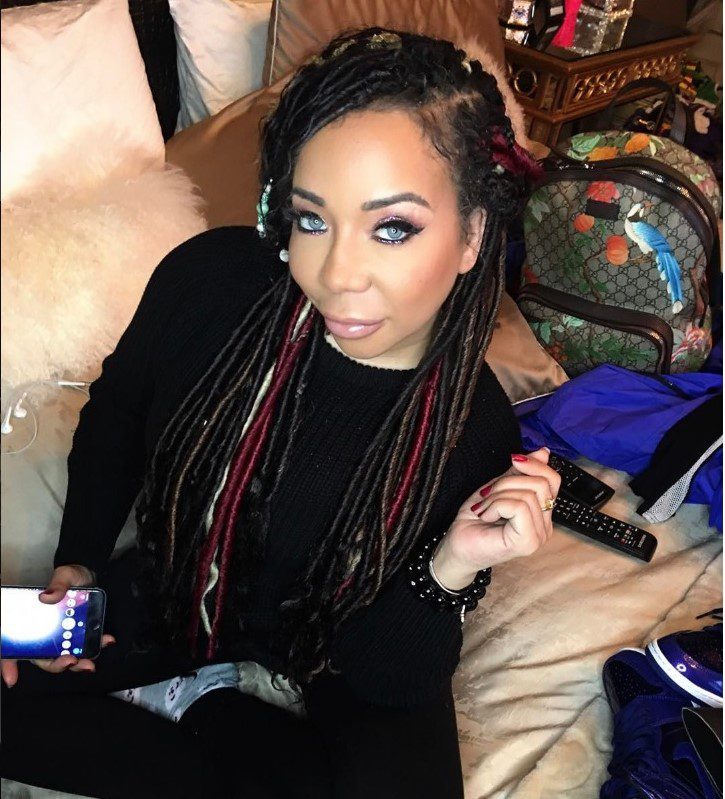 It’s only been a few months since news sources revealed that T.I. and Tiny are ending their 7-year marriage but rumors have been flying that Tip may have already moved on from his marriage with other women. Now, reports have revealed that Tiny recently took a shot at one of Tip’s alleged side chicks.

For those that don’t remember, Tiny filed for divorce from T.I. back in December 2016 following reports that the couple’s marriage was on the rocks due to rumors of infidelity. Although Tip initially seemed to want Tiny to call off the divorce, by February of this year rumors were floating around that he was dating other women and he was even spotted on the red carpet of the NFL Network Media party with another woman on his arm.

As of late, rumors have been swirling that T.I. has been dating an Instagram model named Bernice Burgos and fans and media sites have taken note of the numerous comments she’s left on his social media pages.

Well, one fan in particular recently decided to bring up the issue to Tiny on her Instagram page and wondered why Tiny hasn’t publicly responded to the rumors that Burgos is sleeping with her husband.

“Bernice be all over your HUSBAND ig. You are a strong woman tameka ’cause I would’ve buss tip side his head with a bottle of Hennessy,” the Instagram follower wrote.

However, Tiny explained to the woman that she could care less about any alleged side line chick of Tip’s.

“I ain’t losing no sleep over no pass around b—h! Bless him & her too!” Tiny responded.

What do you think of the rumors? Do you think T.I. is sleeping with other women? Should Tiny be worried if he is? Let us know in the comments.