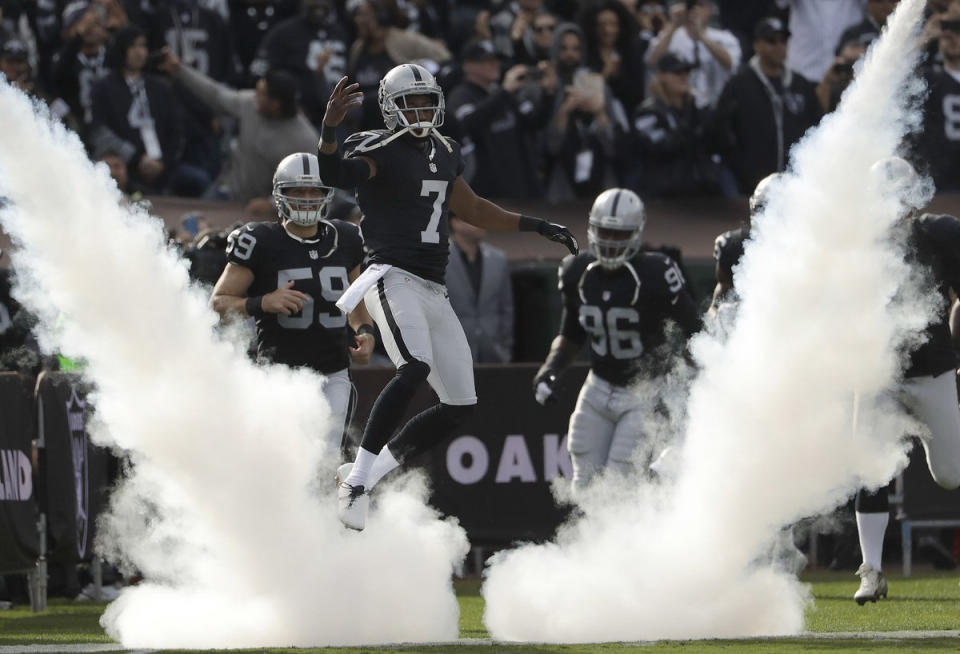 (Photo from @MarquetteKing/ Twitter) Raiders punter Marquette King (No. 7) runs onto field with rest of team before a home game.

Here we go again. After a March 27 vote, it was approved in a 31-1 decision to move the Oakland Raiders to Las Vegas. The Miami Dolphins stand as the lone franchise against moving the team to another city. In 2016, the city of Oakland placed last in terms of average NFL attendance per game. The Raiders also shared the Oakland-Alameda County Coliseum with the Oakland A’s, which was built in the late 1960s.

Any casual fan of the NFL could tell you that this franchise’s fan base travels as well as any other fan base. Most can agree there’s definitely a market for an NFL team in the home of the Golden State Warriors, who have sold out over 200 games consecutively. So why are the Raiders the third franchise to change a city in the last two seasons alone? Better question: Why didn’t Oakland offer more money to build a new stadium for a team that has been a bright spot for the city?

The issue of gentrification has been brought up in passing every time there’s a shift in a city affecting its economy and most times the shift is powered by a sports team. However, cities usually treat its citizens like dropping off a crying baby at a negligent daycare taker. The city sees the suffering and instead of trying to improve the situation, the city runs from its issues and real people suffer even more as a result. Instead of brainstorming more ways to improve the cash flow within a community, market prices just increase until its former residents can’t afford to live in the area. The rich get richer and the poor get poorer, which results in the poor’s crime rates increasing as methods of immediate survival shrink for those in poverty.

American businesses inadvertently bring more crime-filled areas to its own country and then complain about the area when the crime begins to affect them. The city of Oakland didn’t address and improve its crime rate well enough, which constantly floats above the national average, to avoid the point where Raiders’ fan base grew a reputation for being “thugs.” The city of Oakland didn’t offer the funds needed to build a new stadium, so they lost their football team again. The growing cycle seems to never end, simply because there’s little to no long discussions on this obvious issue. People of all walks of life only continue to suffer, because instead of facing this weakness, America continuously avoids them — or they just move it out to Las Vegas.