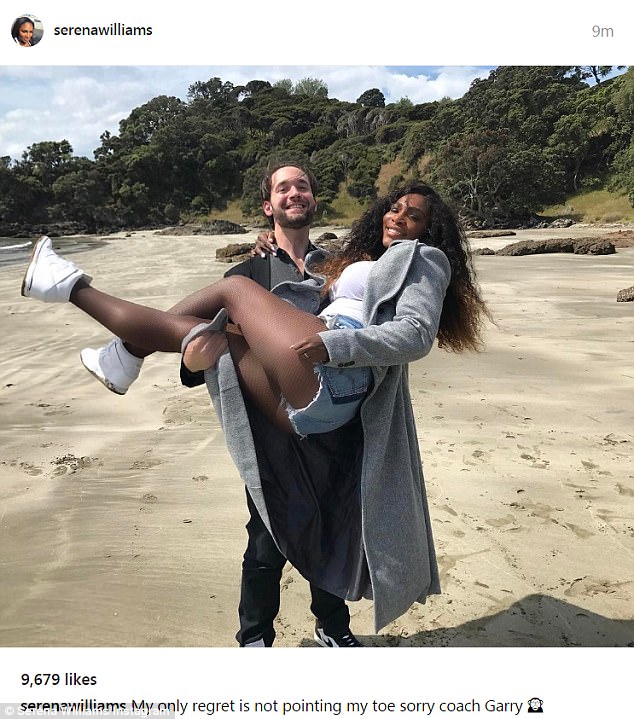 Serena Williams is having a baby.

The world’s No. 1 ranked tennis player and arguably the sport’s greatest attraction has announced via social media that she is expecting her first child.

Serena Williams, 35, the younger sister of Venus Williams, 36, and winner of the most Grand Slam tournaments in professional tennis history, confirmed Wednesday she is 20 weeks along in her pregnancy, showing off her growing baby bump in a bright yellow bathing suit on Snapchat.

Serena Williams is engaged to Reddit co-founder Alexis Ohanian, 33. The couple flossed a post-Easter photo from the beach on Tuesday. They have been engaged since December after an 18-month courtship where he surprised her by getting on one knee. She, of course, announced it all on Reddit.

“It feels good,” she said of the engagement in January.

“I really haven’t thought about it too much, because I wasn’t even really gonna think about it until after the tournament.

“So, I just keep saying, ‘February, I’ll start looking at the bigger picture of my life.’ But right now I’m just so focused that this is all I can think about.”

Williams had just conquering all foes in the Australian Open in January, vanquishing sister Venus to win the first Grand Slam of the year and seventh title in this tournament.

Reps for Williams did not immediately return a request for comment. 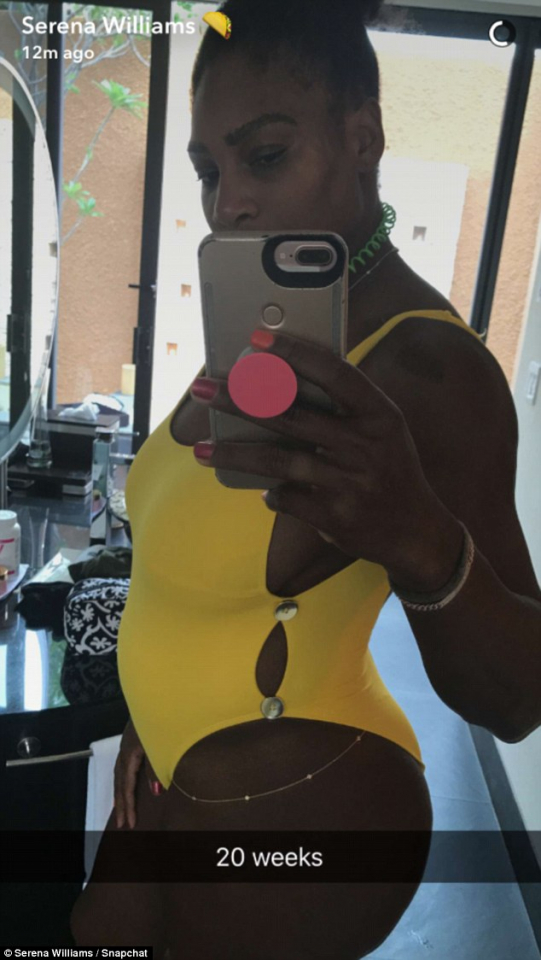 Urbanites had quietly hoped that Serena could reconcile her relationship with rap great Common, but despite their attempts to get back together, their romance never reignited.

Williams holds the most major titles in singles, doubles, and mixed doubles combined amongst active players. Her record of 39 major titles puts her third on the all-time list and second in the open era: 23 in singles, 14 in women’s doubles, and 2 in mixed doubles. She is the most recent female player to have held all four major singles titles simultaneously (2002–03 and 2014–15) and the third player to achieve this record twice after Rod Laver and Steffi Graf. She is also the most recent player, together with her sister Venus to have held all four Grand Slam women’s doubles titles simultaneously (2009–10).