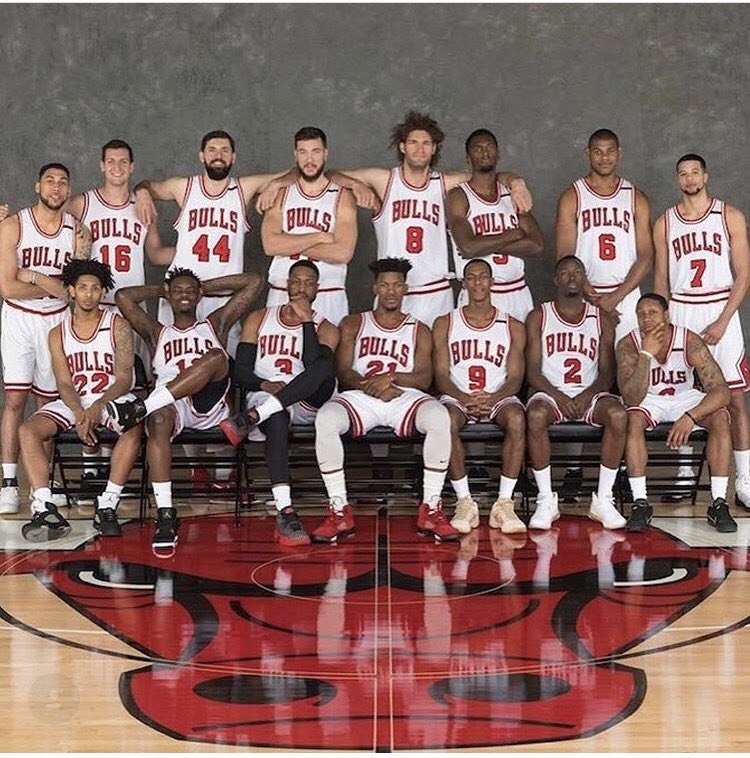 (Photo from @DwyaneWade/ Twitter) The Chicago Bulls are proving us wrong and they’re enjoying it.

No need to sugar coat it. We didn’t see two victories by a total of 18 points. We didn’t see Rajon Rondo averaging the best numbers he’s put up since the 2011-12 season. I certainly didn’t see this coming. The No. 8 Chicago Bulls have not only defeated the No. 1 Boston Celtics in the series’ first two games, the Bulls dominated the first pair in Massachusetts.

“I’m not surprised because everybody’s so locked in right now,” Bulls forward Jimmy Butler said after the Game 2 victory.

On paper, this lead makes a lot of sense. The Celtics have the lowest number of wins by a No. 1 seed in the Eastern Conference since 2007, when the Detroit Pistons mirrored the Celtics’ 53 wins. The Bulls are led by three players who are or have recently been starring in the NBA, each with more than a handful of playoff experience. The two squads also locked in winning two games apiece in the regular season series this year.

However, it was only a couple of months when the Bulls appeared to be done with each other. Rondo made an Instagram post calling out Wade and Butler. Butler walked to the bench in the middle of a game on January 27 during a time when reports surfaced that he was unhappy with his coach. On March 16, an announcement on Dwyane Wade’s fractured elbow would sideline him for the rest of the season.

“One thing I learned about this team is through adverse situations, this team stuck together,” Wade said almost an exact month after he was believed to miss the rest of the season, contributing 22 points and four rebounds in Game 2. “That’s the thing that made us closer and stronger together. The credit for this team sticking together through injuries, through everything to put us in the position to make the playoffs, it goes to everyone. From the coaching staff to the leaders to the young guys, everyone did it together.”

As long as the Bulls stay together, it doesn’t matter what anyone else outside of the city of Chicago believes, they could make a very deep run this postseason.