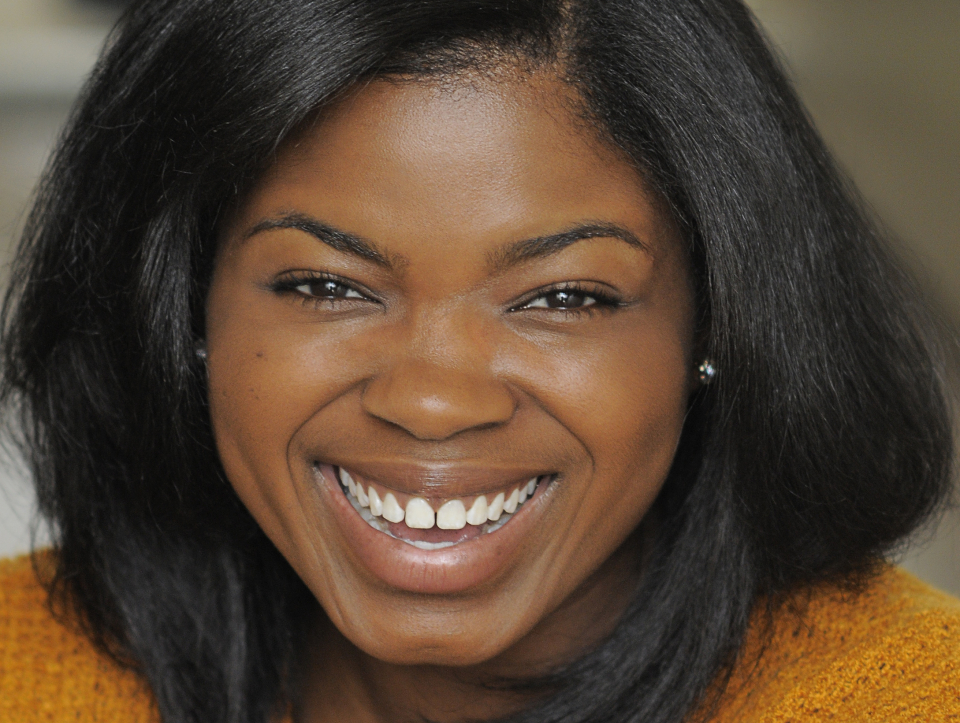 Kyanna Simone Simpson is a professionally known actress and student at The University of Georgia. Once interested in multiple occupations from chef, lawyer, fireman, teacher and more, Simpson realized her dreams by acting. While in the seventh grade, she met actor Tony Vaughn (“Tyler Perry’s Meet The Browns”) and asked to audition for him in the grocery store parking lot. He would become her first mentor. 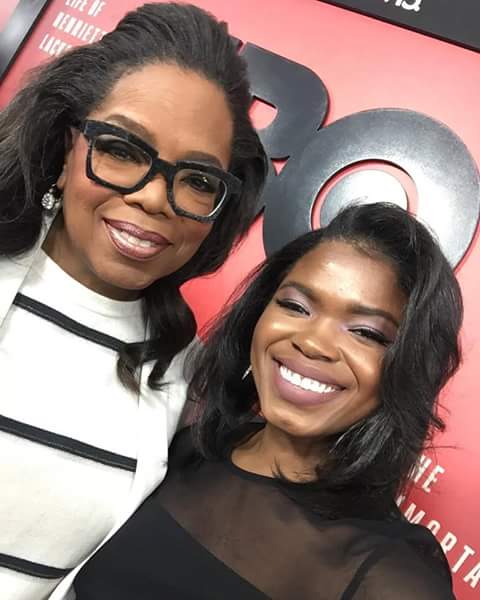 In July 2016, Simpson landed the role playing the younger version of Oprah Winfrey’s character, Deborah Lacks, in HBO’s “The Immortal Life of Henrietta Lacks.” The film, an adaptation of Rebecca Skloot’s best-selling book of the same name, chronicles Henrietta daughter, Deborah’s search, along with journalist Skloot, to learn about the mother she never knew and understand how the unauthorized harvesting of Lacks’ cancerous cells in 1951 led to unprecedented medical breakthroughs that continue to change lives and medicine.

Simpson says, “I enjoyed every moment I got to have with Ms. Winfrey. From the life stories in the hair and makeup trailers to the one-on-one conversations we had in Baltimore. I felt as though I met a true kindred spirit and we have so much in common personality wise! She encouraged and supported me so much as I took on the role of Young Deborah.”

“KeeKee” as she is known on and off the set, is a native of Atlanta and known professionally as Kyanna Simone Simpson. She is currently working with actor Matthew McConaughey on the film, White Boy Rick and can be seen in more productions such as “Being Mary Jane” (BET), “Law and Order: SVU” (NBC) and the TV movie, “A Christmas Blessing” (TV One).

How did you arrive at this career choice? Was it a deliberate decision or a gradual and natural evolution?
When I was younger, I always knew that I wanted to do something spectacular with my life. For the life of me, I could not understand why I couldn’t do every job out there. I wanted to be a chef, teacher, hairstylist, lawyer, the list goes on. That’s how I realized that, as an actress, I would be able to peek in the lives of all these different lifestyles and occupations. In 7th grade, that’s when I began dedicating everything to becoming an actress.

What separates you from others in your field? What is unique to the experience that you create?
I forfeited most of my high school experience to chase my dreams. When I was in 10th grade, my mom and I moved to LA to learn about the film industry.

For those considering entering this arena, what skill sets do you recommend mastering? What traits are most conducive to success?
Of course, I would say “keep pushing,” but I’m going to be real. You have to be prepared for rejection. If you can handle people telling you “no, you’re not good for this role” and remain confident in your skills and talents, then you’re strong enough to be in this business.

How do you stay at the leading edge of your craft?
I go to my acting coach, Marnie Cooper, whenever I’m in LA. I really feel like she grooms my acting skills in a way that makes me dedicate myself to the character.

Do you think there are widely held misconceptions about what you do? If so, what are they and how do you work to dispel them?
The path in the film industry is not a straight one. Everyone’s story is different. Sometimes there is a misconception that great career advances only occur by “luck.” You have to create your own opportunities sometimes.

I see other young adults in the film industry as my peers.

How do you map out your goals? How do you measure your success?
I used to keep a journal of all the casting directors I met and how our workshops went. I now firmly believe in speaking things into existence. Ms. Winfrey taught me about manifestation, and now I live by it. I think my success is measured by the effort and time I put into something. If the job wasn’t challenging, then I didn’t really accomplish much.

Who do you consider to be your peers in your field? Who do you see/use as examples for you to emulate?
Anyone interested in entertainment, film, television, radio etc.

Name two of your top role models: one from your industry and one from outside of it.
My biggest inspiration is Oprah Winfrey. I also look up to actresses like Angela Bassett, Regina King, LaTanya Richardson Jackson and Gabrielle Union. They have set a standard for blacktresses that I’d like to follow.

Name three books, works, performances or exhibits that changed how you view life and/or yourself.
I was really moved by both Fences (the film based off of August Wilson’s play) and La La Land because they both remind me of points in my acting career. I used to practice August Wilson monologues and La La Land shines a light on the obstacles faced by aspiring artists.

Why do you consider continued learning important?
By educating yourself, you’re making it possible to create new things. I want to be a producer and director one day, and that means I have to learn those aspects of the industry as well.

What affirmations do you repeat to yourself that contribute to your success?
My mom always said to me, “When you get the choice to sit it out or dance, I hope you dance.” So now I try to take any opportunity presented to me if I believe it’ll be beneficial in my life.

What role does technology play in your day-to-day life? How do you utilize it?
I use technology for audition taping, keeping up on social media, and researching. When I was doing my homework on The Immortal Life of Henrietta Lacks, I used the Internet to learn more about HeLa Cells.

What software, app or other technological innovation has made the biggest difference in your life and/or career?
Websites like Actors Access and LA Casting helped me get auditions before I had an agent. That’s how I got the audition for the Girls Inc. commercial.

What is your favorite vacation destination and why?
I love Spanish speaking countries! I minor in Spanish at UGA. I really want to study abroad in Costa Rica.

If you could change one thing about the world, what would it be?
I would create more programs that employ people that are struggling financially in order to gain skills for their desired job. I think all people should have a path to financial sturdiness as a part of their overall well-being.

If you could change one thing about you, what would it be?
I know this is funny, but I honestly want to increase my vocabulary. I use the word “like” way too much.

I’m sure everyone has a different definition. I think you’re iconic when you’ve affected lives positively all over the world.

What keeps you inspired?
My support system, whether it be my family, friends, or people I’ve just met, keeps me inspired. Knowing that people are rooting for you and believing in you lights a fire that makes you what to keep enduring.

What scripture(s) are you leaning on?
Jeremiah 29:11 – “11 For I know the thoughts that I think toward you, saith the Lord, thoughts of peace, and not of evil, to give you an expected end.”

What’s on your playlist?
A lot of Beyoncé.

Where did you vacation this summer?
I took summer classes at my university in Athens, Georgia, and then I filmed “The Immortal Life of Henrietta Lacks” ins Atlanta and Baltimore.