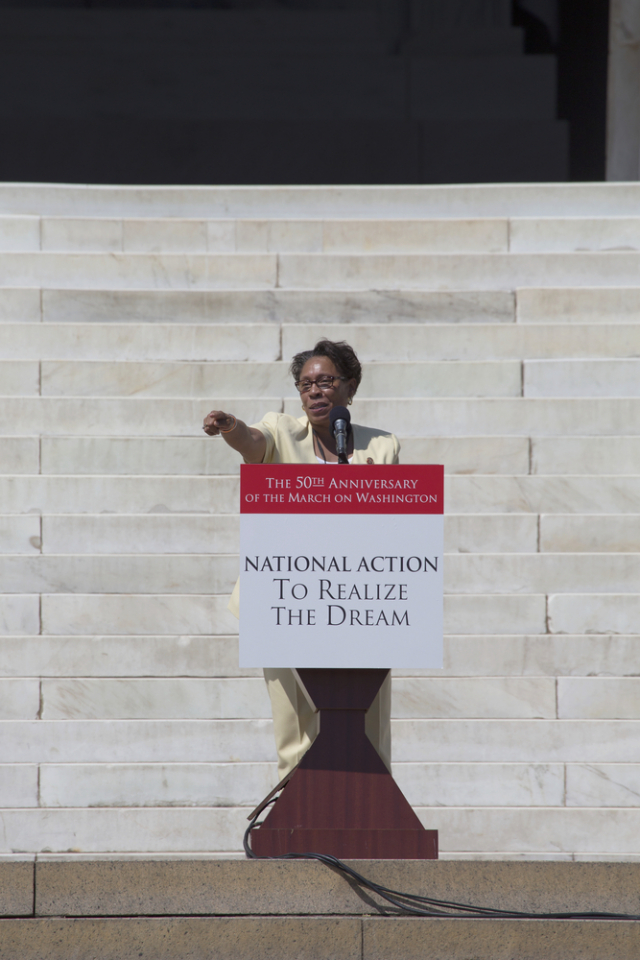 On Friday, May 26, TV One’s “News One Now” host and managing editor Roland Martin interviewed Melaine Campbell, executive director and CEO of the National Coalition on Black Civic Participation, and activist Jamira Burley about the open letter issued by a collective of activists, community officials, and political leaders to Democratic National Committee Chair Tom Perez calling for a meeting to discuss the role of Black women in the Democratic Party. Issued on Tuesday, the letter brings attention to how few Black women are positioned in non-elected leadership roles within the party and have little support on the local, state, and national level, despite having organized support and votes for the party for several years.

Burley adds, “What happens is that Black women particularly are thought about as an afterthought and put on the back burner until you ask them about their vote. Working with Black women, particularly in communities, is not just the right thing to do – it’s actually the smart thing to do. We not only show up in numbers, we actually show up collectively to move the candidate forward. Any progressive group that says we value communities of color, we value what’s happening on the front lines, they have to not just hire black women – they have to fight for their issues.”