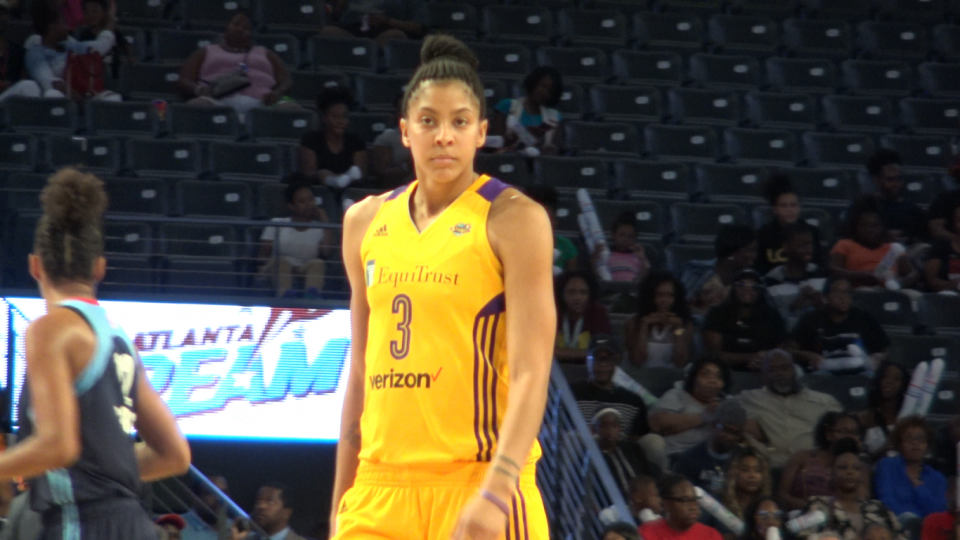 The Atlanta Dream moved to 3-1 on the young season after defeating the defending WNBA Champion Los Angeles Sparks, 75-73. The Dream is playing this season without the team’s leading scorer and superstar guard Angel McCoughtry, who decided to rest this year. Sparks guard Chelsea Gray led L.A. with 25 points, but the team’s stars struggled offensively. Reigning WNBA MVP Nneka Ogwumike had 15 points, shooting five-for-11 from the field as well as contributing seven rebounds. Forward Candace Parker finished with six points on three-for-11 shooting from the field to go along with six rebounds, six assists, and five turnovers.

“Well, I don’t know, because we played well offensively against Indiana (93-90 Sparks loss) and just couldn’t defend,” Parker said after the team’s second loss of the season. “So tonight I think obviously us fouling kind of messed up the flow of the game. You know, that third quarter kind of hurt us again this year.”

There were a combined 41 team fouls and 30 turnovers amongst the two squads on a night where frustration led to four technical fouls overall.

“Just stay poised,” Atlanta Dream guard and leading scorer Tiffany Hayes said about how the team stayed focus in a frustrating atmosphere. “The refs are here and there, whatever they’re doing and we stayed in our lane. We stayed focused on the task at hand, so got to give us credit for that.”

Reigning Eastern Conference Player of the Week and Dream guard Layshia Clarendon was the only player from both squads with double-digit assists on the night as she dished out 12 in the matchup.

“Leadership,” Clarendon said of the one component that she’s had to enhance with the absence of McCoughtry. “There’s a lot of speculation and a lot of points we don’t have without her, being out. It’s really just taking the team on to be focused, have balanced scoring and just be the overall leader for the team.”

The Dream return to action at home on May 31 to face No. 1 overall pick Kelsey Plum and the San Antonio Stars. The Sparks continue the team’s east coast road trip, facing the New York Liberty on the road on May 30.