In 2014, Marvel Studios announced that they’d be moving forward with creating a Black Panther movie. The project had been in planning and pre-development ever since then, and now Marvel has finally released both the movie poster and first teaser trailer for the new movie.

Along with Marvel’s new Spider-Man, Black Panther will be the second Marvel project to feature a character that had already been introduced to the audience in a previous movie. Both heroes appeared for the first time in 2016’s Captain America: Civil War, with audiences reacting very positively to Chadwick Boseman’s portrayal of the Black Panther and his role within the larger framework of the Marvel Universe.

Perhaps the best part about the new movie is the star-studded, almost entirely African American cast, with visionary director Ryan Coogler taking the helm as the film’s director. Coogler, best known for directing Fruitvale Station and Creed, will be joining Michael B. Jordan a third time, as well as working with Forest Whitaker, Angela Bassett, and Lupita N’gonyo. Daniel Kaluuya from Get Out and Danai Guirra from “The Walking Dead,” will also be appearing in supporting roles. Additionally, the film will be scored by frequent Donald Glover-Childish Gambino-collaborator Ludwig Gorransson, who also provided the film scores for both Fruitvale Station and Creed.

Black Panther will be released in February of 2018 and will serve as the 18th installment of the Marvel cinematic universe. Then later in 2018, the Black Panther will return to theaters again in part one of Avengers 3: Infinity War. 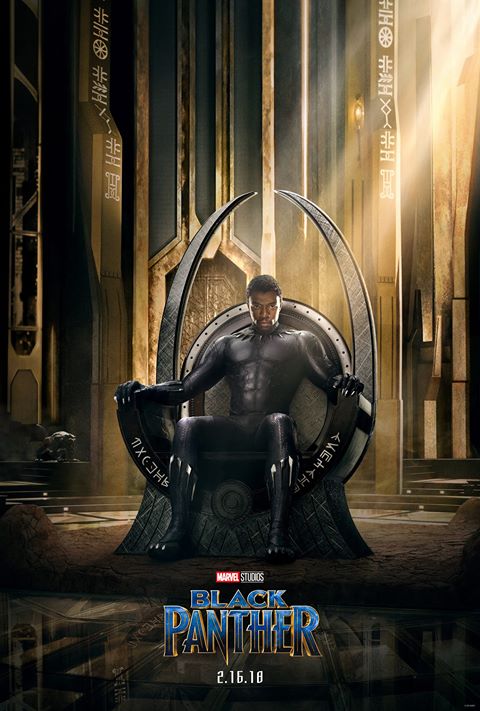