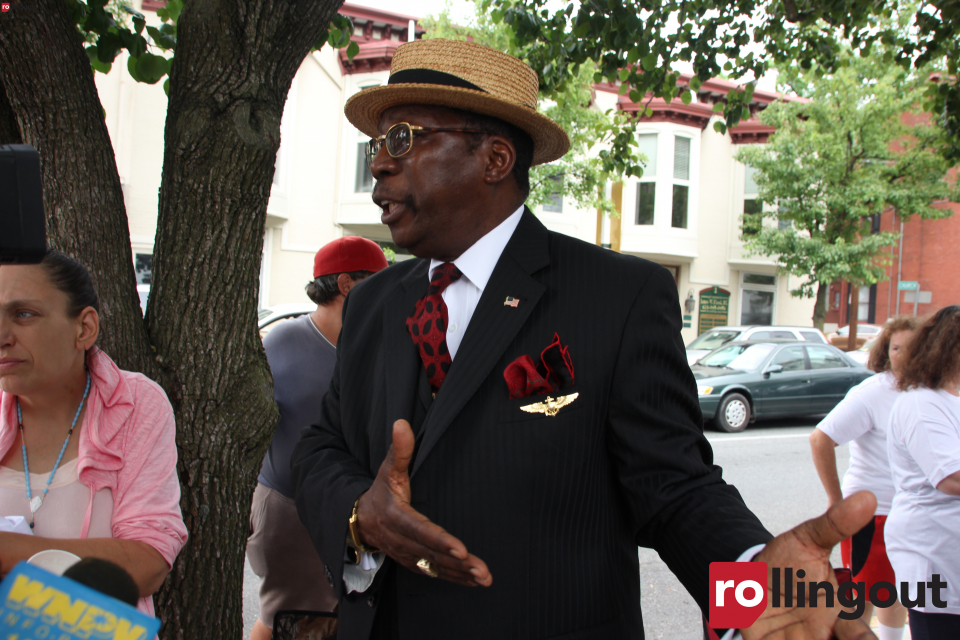 The chaotic scene around the Montgomery County Courtroom in Norristown, Pennsylvania, appeared to be the biggest event in the small town nearly 20 miles outside of Philadelphia.

However, fans of Cosby showed up to the court in droves to protest the charges. But Mustafa Majeed of Philadelphia took exception to the Black entertainers who did not support him during the trial.

“Where are all of the Black celebrity friends that he has helped?” Majeed asked. “Where is  Sidney Poitier, Harry Belafonte? They made movies with him. Or Spike Lee? Lee borrowed money from Cosby [to make Malcolm X] but he’s not here. Dick Gregory. All of the comedians. We’re not asking them to say anything, but they should be here; the Black community should be here.”

Majeed also blasted the judge for trying to force the jury to reach a verdict.

“Why is the judge working with the D.A., that’s not justice,” Majeed said. “This trial should have been over. It was a hung jury a long time ago. Having the jury deliberate for 50 hours is ridiculous. I have been here every day for the past week from 8 a.m. until 5 p.m.”

Bill Cosby, the beloved Philadelphian, was facing a 10-year prison sentence if convicted of a sexual assault that allegedly occurred in 2004. The case followed allegations by a multitude of women from across the country who claimed that Cosby drugged them during a sexual encounter.

But the alleged incident involving Andrea Constand served as the case that Montgomery County District Attorney Kevin Steele used to seek a conviction against Cosby.

Steele appeared to be hellbent on trying the case as it served as a key point during his political campaign. And although the trial ended in a hung jury, Steele claimed that he would try the case again in four months.