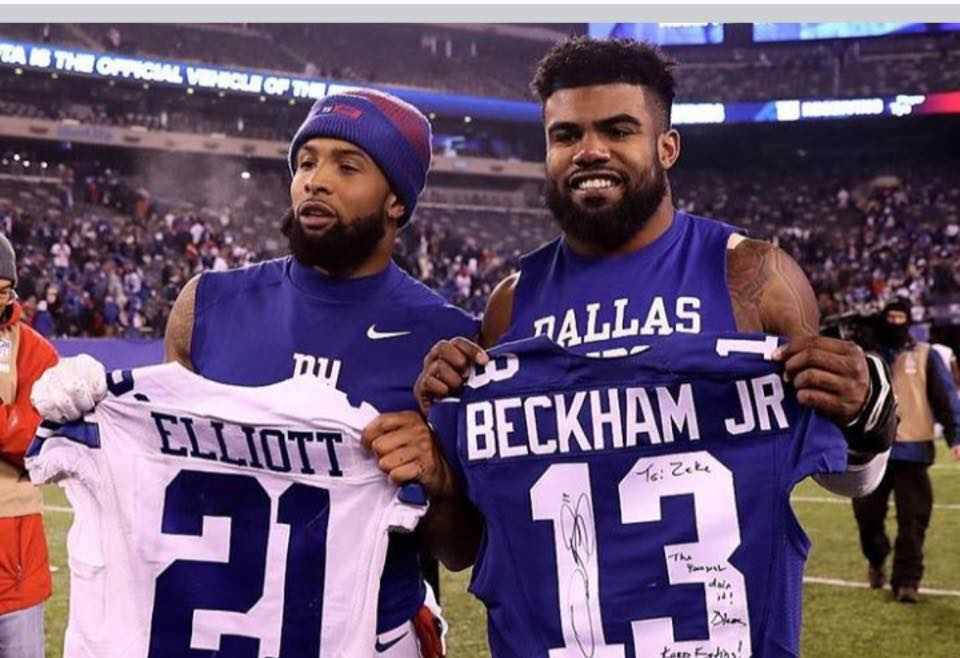 Odell Beckham Jr. and Ezekiel Elliott are two of the biggest names and personalities in the NFL today. Besides being two of the biggest franchise players in the league right now, the two also share another commonality; their fathers have united to become the newest ambassadors for a charity called I’m a Father F1rst based in Atlanta. Beckham Sr. and Elliott hosted an event for the organization last weekend in preparation for Father’s Day weekend.

“It’s important for us as fathers to celebrate and support other fathers. Being an ambassador for this organization is important for me because I know the power of being able to call on my brother for help and support,” Elliott explained.

“Having a son who is playing at this level was a whole new game for me. I called on my big brother, Odell Sr. and thank God he was there. That’s what this is about, fathers helping fathers. Fathers mentoring fathers,” Elliott continued.

Odell Beckham Sr. acknowledges fatherhood is a role that many men step into without guidance or support. He recalled becoming a father to Odell Jr. while being a football star at LSU. “You learn as you go, but as long as you are willing to learn and want to be responsible for your child[ren] you are moving in the right direction,” Beckham Sr. states.

Having the football dads on board as ambassadors for the organization, I’m a Father F1rst was a dream come true for founder Keith Lewis. “This organization was birthed from the pain of my own journey to fatherhood and wanting to get it right for my children. Having these brothers on board, who have accomplished something so many fathers and sons dream about was key. Their platform enables us to get this message across and support fathers at all levels.”

For more information about I’m a Father F1rst, visit www.imafatherf1rst.com.