History Channel‘s newest documentary series, “Barbarians Rising,” explores the fall of Rome over the course of 700 years of invasions. However, the most recent episode that aired Monday depicts Hannibal of Carthage as a Black man, and many White history “aficionados” are accusing the station of promulgating “historical inaccuracies.”

In the series, Hannibal is portrayed by Black British actor Nicholas Pinnock. The famous Carthaginian was a thorn in the empire’s side. He became a general at the age of 26 and managed to unite barbarian tribes to stop Rome’s imperial rise. The military genius was arguably most famous for climbing the Alps with war elephants whose sole purpose was to stomp the Roman army.

Hannibal ultimately tried to invade Rome but failed to do so.

There have been debates over the race of Hannibal throughout the centuries. And this debate still continues till this day.

Take a look at the video trailer for this episode of “Barbarians Rising” that features Hannibal before checking out some responses to the general’s dark hue.

Here are some YouTube comments that were left below the clip: 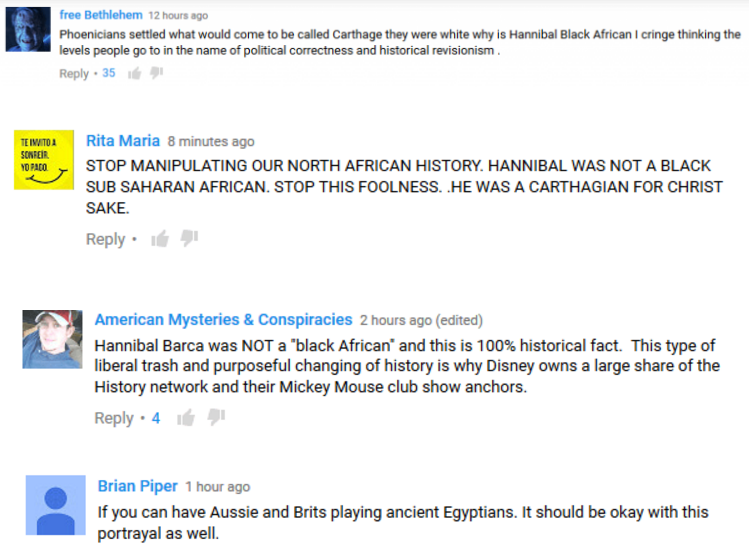