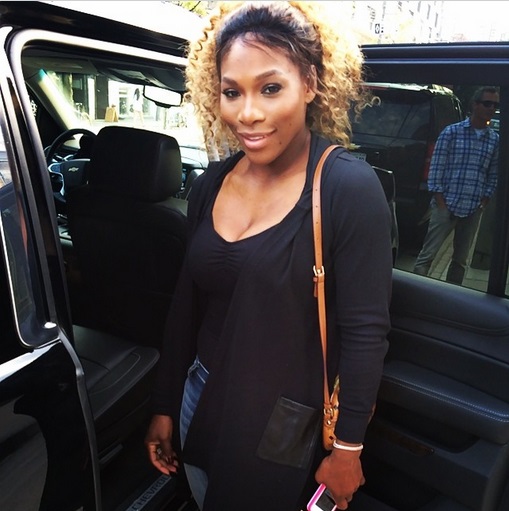 The greatest female tennis player of all time is also undoubtedly one of the most disrespected and disparaged superstars.

At regular intervals, some bigot or sexist or Serena Williams-hater feels the urge to disparage her career accomplishments — never minding the fact she is the all-time professional tennis leader in Grand Slam wins.

John McEnroe, who has made a second career out of slamming one of the Williams sisters, is at it again.

During an interview with NPR, McEnroe tried to knock Serena down a few notches by saying she’d have no chance against men players.

McEnroe said Serena wouldn’t even be a top 700 player in the world, according to Rolling Stone:

“Well, because if she was in, if she played the men’s circuit, she’d be like 700 in the world,” McEnroe said.

“That doesn’t mean I don’t think Serena is an incredible player,” he continued. “I do, but the reality of what would happen would be I think something that perhaps it’d be a little higher, perhaps it’d be a little lower. And on a given day, Serena could beat some players. I believe because she’s so incredibly strong mentally that she could overcome some situations where players would choke ’cause she’s been in it so many times, so many situations at Wimbledon, The U.S. Open, etc. But if she had to just play the circuit — the men’s circuit — that would be an entirely different story.”

McEnroe, a former tennis star who will never be in the conversation as the greatest male tennis player ever, tried to mop up his statement about Serena by saying Serena is the “best female player ever ― no question.”

Fortunately, Serena knows how to return a nasty serve with a graceful backhand.

Serena, who’s in the middle of a self-imposed moratorium from tennis as she prepares for the arrival of her first baby, wrote on Twitter on Monday:

Dear John, I adore and respect you but please please keep me out of your statements that are not factually based.

I’ve never played anyone ranked “there” nor do I have time. Respect me and my privacy as I’m trying to have a baby. Good day sir

Williams, 35, has said she has every intention of returning to professional tennis next year.