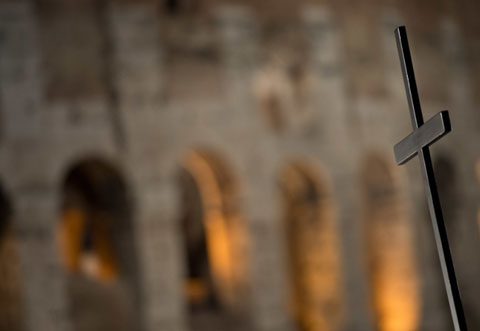 For the past several decades, the Catholic Church and the Vatican have had to deal with allegations of sexual abuse by priests and nuns, organized slave labor and financial scandal within the powerful and secretive Vatican Bank. Now, a recent arrest being disclosed by Vatican police officials has created another scandal.

Vatican police raided the apartment of a secretary to one of Pope Francis’ top advisers. According to the Italian media outlet Il Fatto Quotidiano, police discovered multiple men engaged in sex acts with one another and seized an undisclosed amount of illegal narcotics. The apartment building is located within the confines of Vatican City and belongs to the Vatican’s Congregation for the Doctrine of Faith. This particular branch of the church reviews appeals from clergy found guilty of sexual misconduct.

Police initiated the raid after receiving complaints from other residents within the building about loud noise and frequent late night visitors to the apartment. Vatican police arrested a priest who is secretary to Cardinal Francesco Coccopalmerio, the head of the Pontifical Council for Legislative Texts and a personal adviser to Pope Francis. According to Il Fatto Quotidiano, the unnamed priest has been sent to detox at a convent in Italy. The priest had previously overdosed twice and was in consideration to be elevated to the rank of bishop before this most recent scandal. According to reports, because of the priest’s high position, his car was never searched when he passed security checkpoints, allegedly allowing him to bring drugs into Vatican City.

The Catholic Church is facing an even bigger scandal now as Cardinal George Pell has been charged with the sexual abuse of minors from his years as a priest in Australia. Pell is the highest-ranking Vatican official ever accused of sexual abuse of children and he maintains that he is innocent. The Vatican is the headquarters for the Universal Catholic Church and located in Vatican City, which is considered a separate nation in Rome, Italy.