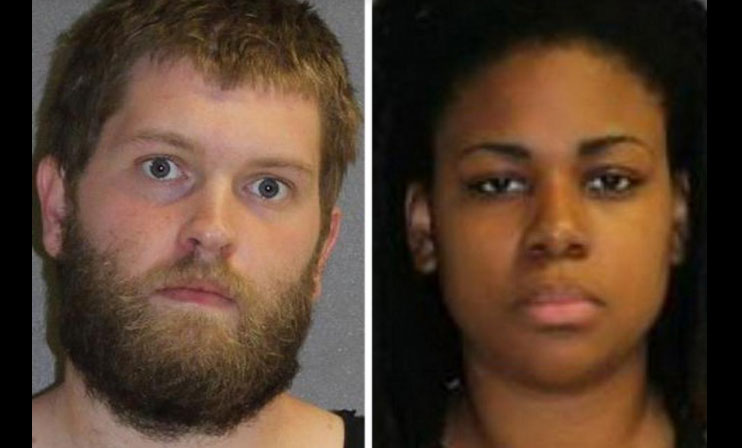 The condition of a 5-year-old Black special needs child found by the Florida Department of Children and Families investigators can only be described as heartbreaking, gut-wrenching, and grossly neglectful. Investigators went to the Daytona Beach, Florida, home of Naomie  Hall, 24, and her husband Brian Hall, 29, and discovered the special needs child lying on the floor, trying to scrape bits of cereal into his mouth.

When they went to help the young boy, who was nonverbal and unable to walk, they discovered that his hands and feet were orange and he was covered in a rash and blisters. According to the Daytona Beach News-Journal, Hall admitted to investigators that it had been at least four days since she had fed her son and she also neglected to give him medications that were prescribed to him by physicians. In addition, the report states that Hall did not even attempt any loving communication with her son. Investigators also learned that the disabled child has never received any type of formal education or given any type of therapy to learn how to communicate. The report further stated, “She checks on him randomly and determines if he may need something by his facial expressions [Hall] also [said] she knows when the victim is hungry because he will chew on his hands.”

There were two other children in the house that were fathered by her husband, Brian Hall. Both of these children, who were reportedly in good health, are in the custody of DCF. When investigators questioned Brian Hall about the medical needs of his stepson he told him that he was not going to take off of work from Applebee’s to take the child to the doctor. Hall stated to DCF investigators, “He is not my responsibility. I’m not his father. I come from a rich and White family,” he then pointed to his other children and stated, “Those two are taken care of.”

Naomie Hall was arrested and charged with child neglect causing great harm and was released on a bond of $35K earlier this week. Her husband was charged with failure to report abuse, neglect or abandonment and his bail was set at only $5K.

The child, whose name has not been released because of his age, is currently being treated at Halifax Health Medical Center. Information released about the child’s condition so far is disturbing. The young boy only weighed 24.9 pounds, when is healthy weight should have been at least 50 pounds. In addition, the child was not even listed on the growth chart because of his neglected condition. Physicians stated that he was severely dehydrated and was being treated in the intensive care unit because of the risk of cardiac arrest and seizure.