Jamal Bryant marches in support of Trayvon Martin on March 26, 2012 in Sanford Florida. Trayvon Martin was shot and killed by George Zimmerman on February 26 2012, he was 17. (Photo Credit: Ira Bostic / Shutterstock.com)

“It is sad when a person call themselves the Shepard(sic) of a flock, but privately. He is abusing, stalking, and harassing me. It has gotten so bad that I had to go to the police and the courts for help. Jamal Bryant is just pure evil, and people continue to endorse him,” someone writes in an anonymous email to rolling out on Thursday, July 13, 2017. The subject line read, “Jamal H. Bryant is a Menace to society.”

In a Temporary Order of Protection filed in the Family Court of the State of New York (County of Bronx) on June 15, 2017, petitioner Jennifer Wright accuses Jamal H. Bryant of harassment. The order is in effect until July 20, 2017. 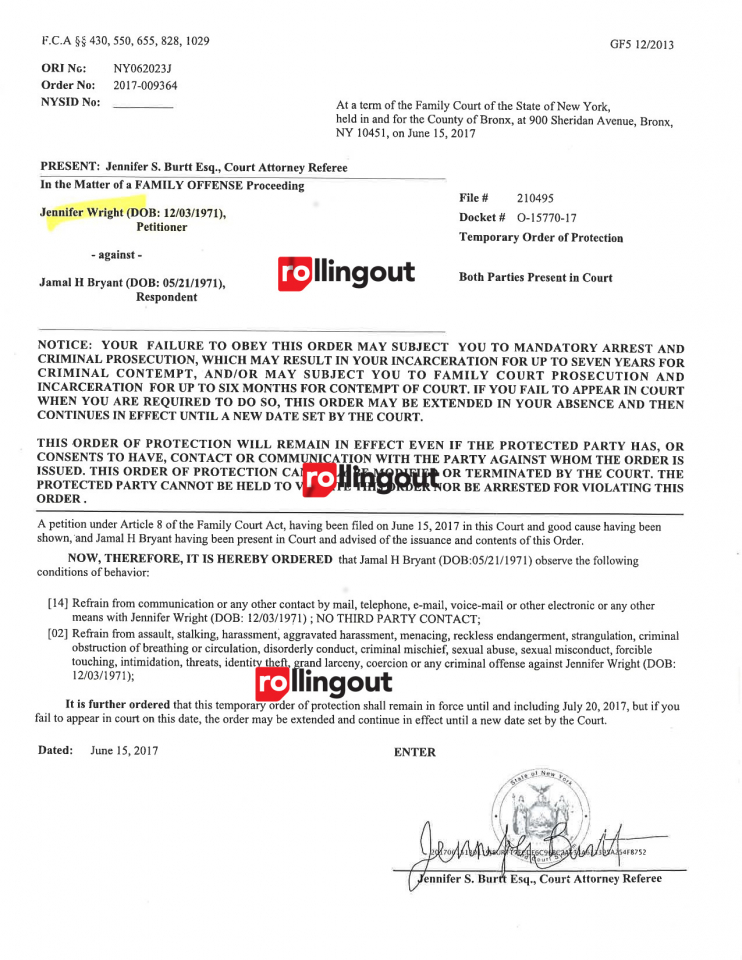