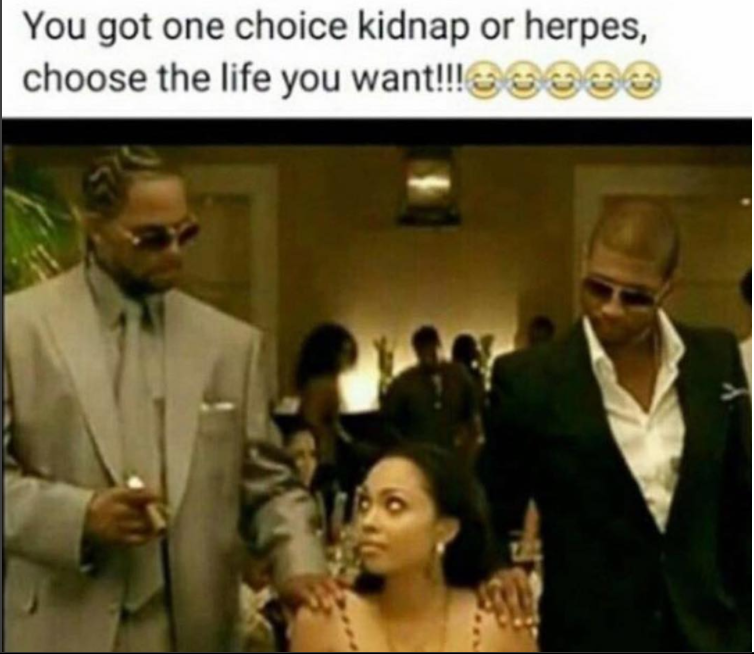 Memes and tweets have been vicious toward these two singers recently.

According to media reports, singer Usher Raymond has been giving out herpes like he was giving away candy – and then paying off the victims to keep it quiet. RadarOnline.com, an entertainment publication, allegedly grabbed some court documents claiming Usher gave a woman herpes and had to pay her a total of $1.1 million for her troubles.

Their romps went without a hitch until three weeks after a passionate hookup when the victim — whose identity is being withheld by Radar — woke up “feeling very sick” with a “fever of 100 degrees, chills, headache, and aches and pains.”

She “also developed lesions and blisters in her vagina,” and was so terrified she sought treatment at urgent care, where a doctor promptly diagnosed her with herpes.

According to the document, the “Yeah!” singer — going by the pseudonym “Papa Bear” in messages — posted a check covering her medical bills totaling $2,754.40.

This is not the first time that Usher has been accused of having and giving his partners the sexually transmitted disease, and social media is dragging the singer mercilessly. Take a look:

Usher… what? No wonder why Chilli dipped! pic.twitter.com/fqeQRikGin

Usher and R Kelly are trending for the first time since their hit “same girl”. pic.twitter.com/6Ji6HsUEjP

*Sees Usher trending, assuming it was about a music video or something.*
*Clicks*
“Usher is spreading herpes” pic.twitter.com/BeeK10QVqr

I bet Usher walks into the clinic like this pic.twitter.com/aEwIfGAj2j

Usher pulling up to the clinic pic.twitter.com/NoVK5V7rWI

*Usher makes a song titled “Let It Burn”*
News: “Usher infects woman with herpes & pays her off ”
Twitter: “No he didn’t, not Usher”
Me: pic.twitter.com/z6p9oKONI7