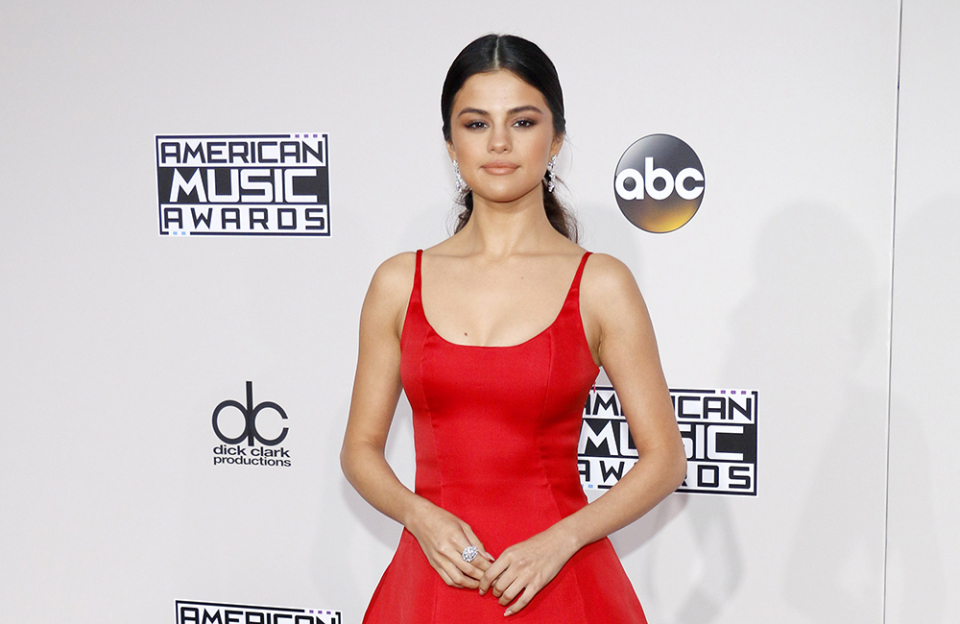 The pair previously worked together in the 2012 movie Spring Breakers and when Gomez decided to release “Fetish” as her new single, she knew she wanted Gucci to collaborate.

She told Dazed magazine: “Gucci is so cool. I’m obsessed with him, we worked on Spring Breakers together and I asked him to be on the song. I hadn’t had seen him for a long time (but) when I asked he was like ‘Yeah, fam! Let’s do it!’ He loves it.”

The evocative video for the new single was filmed by Gomez’s pal Petra Collins and Gomez was most excited by the kitchen scene where she ate soap, lipstick and glass.

In the Q-and-A with Gomez and Collins, Gomez said to Petra: “The kitchen scene was so liberating, to lose control of my body and lose sight of myself. “I felt great and I felt like tomatoes, eggs and dirt and it was amazing, but seriously? I love that. It felt so good. I remember being a little nervous, and when s— hit the wall — I just lost it and left myself in that scene. It was so cool. You were behind the camera, screaming.

Gomez: “Um, I’m not saying I’ve ever done something similar to the kitchen scene in real life, but I can say right now, I do weird s— all the time when I’m alone in my house.

Collins: “I love the video because it shows the very dirty, gross and weird love you can have toward someone. This is how obsessive some people get and how they release. I’m obsessed with these weird ASMR videos. I think about how our bodies react to sounds and movement.”