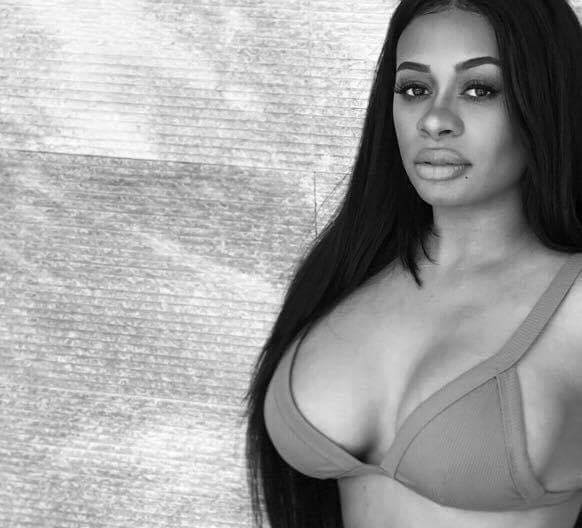 With the recent headlines, Usher Raymond is sure to have a great album on the way, and if not that certainly a great story to tell. After being “outed” several weeks ago regarding his sexual health. On Monday, Aug. 7, Quantasia Sharpton went on national TV accusing the singer of having sex with her after a concert and exposing her to herpes. Since Monday’s press conference Sharpton‘s character has been challenged after it was discovered that she has lied about several things on her social media including a sexual relationship with August Alsina and working as an executive for Def Jam Records.

It was no stretch of the imagination for audiences to believe Sharpton was lying but it may be different with the alleged Jane Doe from a separate lawsuit. While social media has made a mockery of Quantasia Sharpton, audiences would likely have fewer jokes about the alleged Jane Doe. The beauty has opted to keep her identity a secret, however, the story broke on SandraRose.com earlier this week detailing the singer-model pictured above as the mysterious Jane Doe.

Like Sharpton, Jane Doe allegedly has a history of celebrity entanglements including with several members of Cash Money and several behind-the-scenes executives. Our sources suggest the young woman has accused others of inappropriate sexual behavior and will do anything to get money fame or both. Sources also have linked Jane Doe to Usher’s ex-wife, Tameka Raymond.

The concept of lying on a celebrity with the intention of getting a payout is nothing new. The difference, in this case, is that the allegations have been spewed out on a national platform with Lisa Bloom leading an accusatory public campaign against the superstar singer. With the statistics of herpes at an all-time high and sexual excursions with celebrities being the thing gossip blogs thrive on, it’s obvious the only reason Usher’s case is plastered on headlines across the country is that he is a superstar. If Usher were a customer service manager at your favorite department store, it wouldn’t benefit Sharpton, Jane Doe or anyone else to broadcast their sexual encounters (true or untrue) with him.

Ironically, while Lisa Bloom has labeled Usher a predator, it’s quite possible that Jane Doe and Sharpton are the predators hoping to get a payday off the exposure from this case. The idea that celebrities are targets for this type of public shame and humiliation reflects badly on our culture. If the rest of the population were to have their sexual health displayed across headlines, perhaps we would be more empathetic and wouldn’t make villains of celebrities based only on hearsay.

The jury is still out on Usher’s innocence, Sharpton’s allegations and Jane Doe’s claims. It will be weeks before we know exactly who is telling the truth — if it ever becomes public knowledge. One thing is for sure and that’s simply that neither Usher nor either of the young ladies should be able to make accusations with no proof. Just because a woman says she slept with a celebrity and hires a lawyer to host a press conference does not make it true. We’re waiting to see the proof before throwing anyone under the bus.

What do you think?