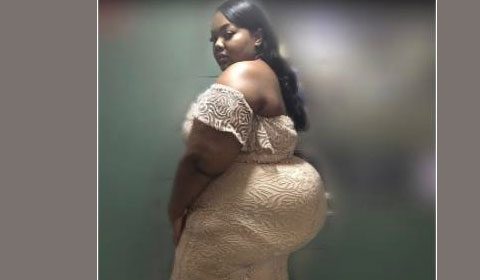 Many men are attracted to these women with a few pounds and curves, including apparently R&B legend Usher. The singer was accused by Quantasia Sharpton, 21, of knowingly exposing her to herpes during an encounter years ago. Sharpton had just turned 19 when Usher picked Sharpton to go onstage to sing to during his act and later made contact with her after the concert. According to Sharpton, they later had unprotected sex at a hotel and Usher did not make her aware that he had herpes. Sharpton claims she does not have any STD but is suing to compel Usher to let his sex partners know he has an STD.

I found this pic of a topless Quantasia Sharpton: pic.twitter.com/THA4rx4LQt

#QuantasiaSharpton said she was “concerned about her health” ! Alright, we see you mami, with your healthy looking self 😁 pic.twitter.com/Yv40IVEOM0

I dont think the whole herpes scandal is a lie. I think the original victim is truthful. But #QuantasiaSharpton is another story pic.twitter.com/SyjnTS3Kni

Fat b—-‘s name is Quantasia Sharpton.
There should be a law against naming your child some stupid s—. https://t.co/AuNlHvF4fB