Enitan Bereola II is a contemporary gentleman, and he writes books about it 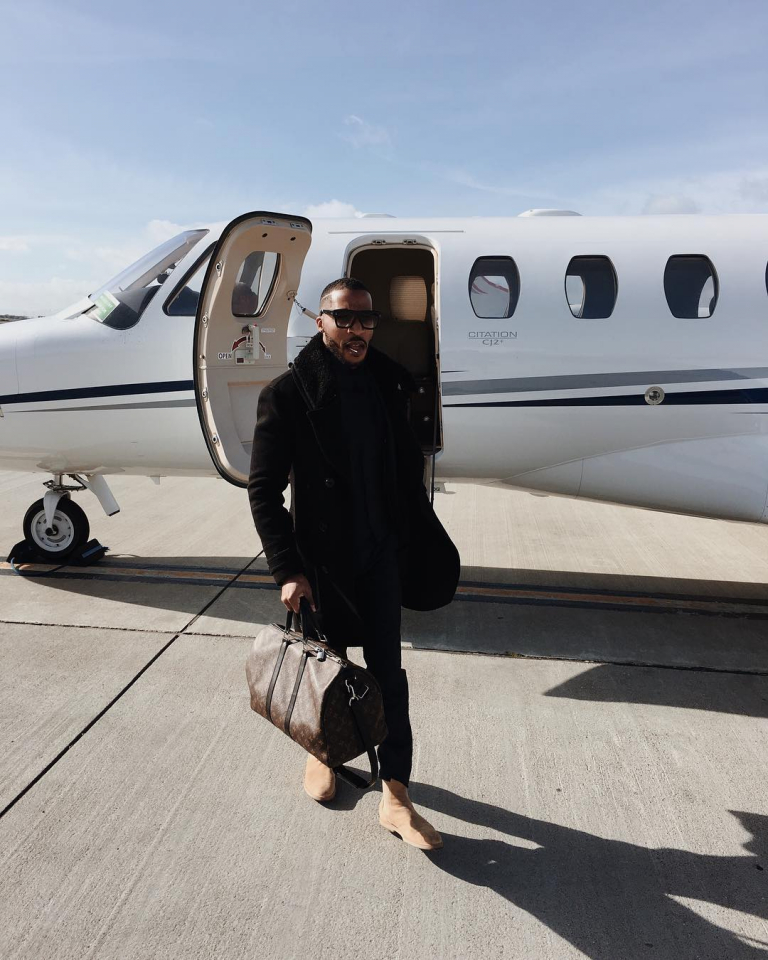 Enitan Bereola II is the author of the best-selling books, BEREOLAESQUE, The Contemporary Gentleman & Etiquette book for the Urban Sophisticate, GENTLEWOMAN, Etiquette for a Lady, From a Gentleman and most recently, THE GRAY, A Relationship Etiquette Study. He has traveled nationally and internationally spreading awareness about the importance of etiquette, love and relationships.

From looking at your Instagram photos to seeing you in public, you live a very tasteful lifestyle. So, who is Enitan Bereola outside of the media realm?

I’m exactly who I want to be and there’s no greater freedom than that. I don’t allow myself to be put into any type of box or allow anyone else to define me. I have great taste, so you may see that being reflected in the way I write, the way I dress, or the wine I consume. But beyond all of that, I’m just like anyone else out there. I just try not to allow any labels to stick to me and I choose to do things my own way.

What drove you to want to become a contemporary gentleman?

My grandfather was a classic gentleman. He always had on a nice brim, a suit on a Tuesday for no reason, and he just embodied class. Also watching my father, and various classic movies resonated with me as well. Even though I was young at the time, I said to myself that I wanted to adopt this kind of lifestyle. I was also raised and taught how to treat people, how to treat women, and how to maneuver through society in general, so I always identified with that level of class. I felt that if you presented yourself a certain way, then you will be viewed in a certain way. Sometimes I would throw on a suit in college and I watched how people treated me differently from all of my peers, so doing those kinds of things and exhibiting certain traits is what makes up a contemporary gentleman.

Which one of your books are you drawn to the most?

THE GRAY. If you were to ask me four years ago, I would have a different response and if you asked me seven years ago, I would only have one response. I really had to travel through THE GRAY in order to even write it. The other side of it is so beautiful though because you don’t even realize when you’re in the gray area sometimes. THE GRAY, in a nutshell, is a very complex book. There are several layers to it, and I don’t know if any one person will read it as it was written. The book is truly a mirror for a lot of readers because it forces you to confront yourself.

I agree. THE GRAY is an unapologetically honest book.

You have to be honest, man. You have to get to the light and the truth. I mean, look at what we’re up against. Is an etiquette book about pleasantries going to combat what you see going on in society right now? Look at number 45 [Donald Trump], and the people that he’s dealing with. It’s going to get worse before it gets better. Where do you lie in that, though? What’s your contribution? You can’t even have that conversation unless you’re ready. This is real life.

How has marriage and having a family influenced your work?

Even though I post pictures up of my wife and me, I’m a very private person, so if it was up to me and my own selfish ways, I’d be like everyone else out here who’s married, but no one really knows about it unless you knew me as a person. I honestly think being in love is gangsta. Being in love and taking care of your family is gangsta. Why would we fight against the thing that we desire the most? I don’t like when men call each other simps, and things of that nature because they’re on the phone with their woman too long. Well, what do you expect? That’s what we’re here for. So I celebrate it, and I show people that it’s OK to be that way toward someone that you care about and love. In our culture, we need permission to be ourselves. My whole branding of etiquette is not a lifestyle that is popular, but I presented it in a certain way that made people say that this is actually cool. The same thing goes for marriage.

As far as your success goes, what are the things that people may not know about in regards some of the challenges that come along with being successful?

The problem is, everyone looks successful, right? Everyone looks happy and cheerful, but nobody is showing you the other side. They act like success is one-sided and once you reach the pinnacle, everything is all great. The problem with that is, there are so many other people who are successful and have reached that level but they don’t even realize it because they’re not on a yacht. They’re not in first-class, or on a private jet and ultimately they’re missing the point. When we display our success online, we don’t show the failures and when you don’t see that, you feel as if you aren’t successful. Meanwhile, you are, but you’re chasing something that doesn’t even exist because we only show you one part of the picture. There are things that go on behind the scenes that nobody even knows about. Sometimes you feel like you are suffering from success. Friends start to act strange, and they become envious of you because while you’re ascending, they’re still in the same place. You almost feel like you’re on an island sometimes, so it can get very confusing. But ultimately, my faith, my marriage, and family balance me out completely.

You seem very humble and grounded in your work. There isn’t a shred of arrogance when you talk about your experiences.

You gotta think man, how could I possibly even take any credit for all of this? I’m just a human being. I can’t do this on my own! (laughs). I worked my ass off, but how could I be arrogant if I didn’t orchestrate any of this. I don’t believe in coincidences, luck, or any of that. GOD was present the whole time.