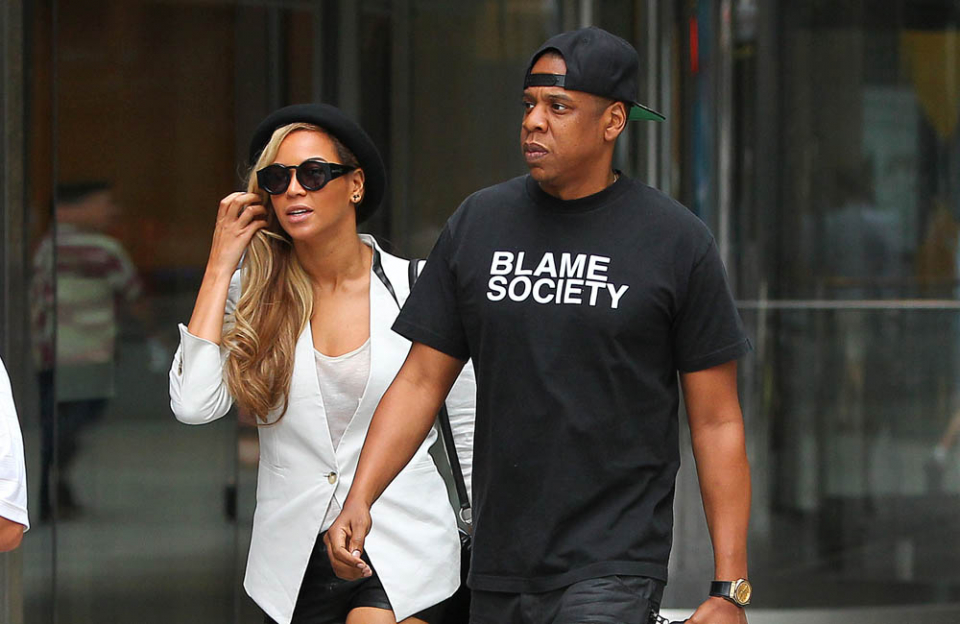 The power couple — who is worth more than $1 billion between them — are forking out the huge sum on their new Bel-Air mansion which comes complete with four outdoor swimming pools and a wellness center.

According to the Los Angeles Times, if the pair’s mortgage had an interest rate of four per cent they would be paying more than $252,000 per month for the plush pad over the next 30 years.

If the couple ever need their own space they should find some in the 30,000 square feet of living space, or they might like to treat themselves to a relaxing session in their spa after a tough day recording songs.

Jay, 47, is a big fan of the Brooklyn Nets basketball team, and he has enough space to invite them to Los Angeles for a game as his house boasts a full-size court.

There is also a media room which could be ideal for promoting their latest ventures to help pay for their mortgage, and separate staff quarters.

The pair’s property purchase comes just a few months after they were said to be struggling to find a new family home, despite boasting a budget of around $75 million.

Beyonce, 35, and rapper Jay were said to have been outpriced on abodes they took a fancy to, which were going for double their house fund.