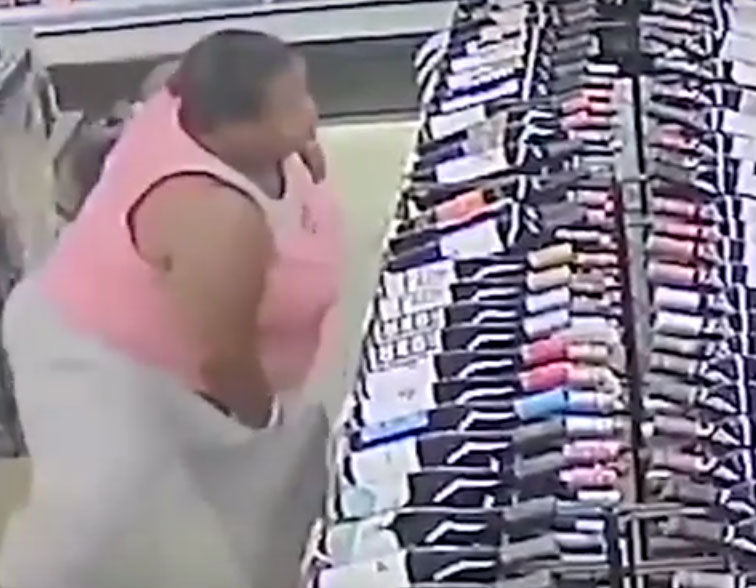 Police in Shreveport are looking for this woman who stole liquor (Photo source: YouTube screenshot)

One woman in Shreveport, Louisiana took shoplifting to an extreme. Police have released surveillance video of a woman in a liquor store casually stealing 18 bottles of liquor. Somehow, she is able to find a hiding place for the various sized bottles of premium booze. Before she leaves the store, she does pay for one bottle of liquor and walks out the store with ease. Police are now asking the public to come forward and have offered a $300 reward for information leading to her arrest. The video has been viewed more than 10 million times since it was uploaded to social media.

Authorities are urging anyone with information about this crime to contact Shreveport- Caddo Parish Crime Stoppers at (318) 673-7373 or www.lockemuo.org.