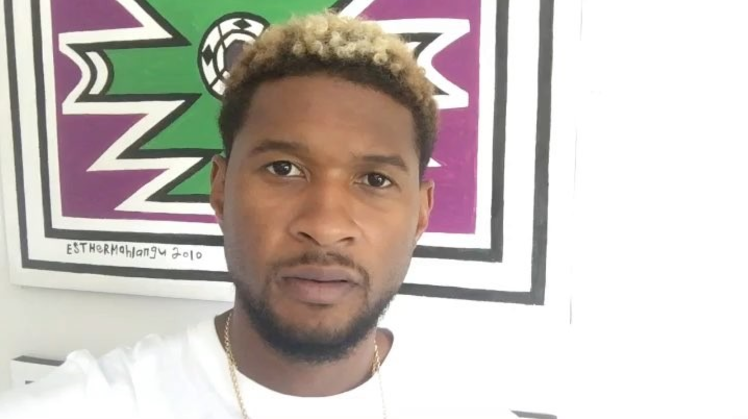 R&B singer Angie Stone has interjected herself into the Usher herpes fiasco and made some startling comments in the process.

Stone has a Worldstar Hip Hop radio show called “Shift” and recently chatted with the first woman to accuse Usher of giving her herpes and got firsthand information on what went down.

Later on, Stone decided to share the contents of that interview with Atlanta’s “Streetz Morning Takeover” show on Streetz 94.5 FM.

According to the singer, Usher’s accuser, a woman named Laura, felt forced to sue Usher for allegedly contracting the disease after her phone was stolen with damning texts between her and the singer.

“The story goes like this; it came to me that the young lady’s phone was in the possession of her ex-publicist at the time when there was a relationship between the two of them,” said Angie to Yung Joc, Shawty Shawty and Moquick.

“She was downloading something to a computer, the ex-publicist ratchetly took everything off her computer, as a result of what ended up on her phone, the ex-publicist started selling information that she had stolen off of this young woman’s phone. They had text messages going back and forth between her and Usher [about herpes].”

Stone also added that Laura had to sue to “cut off the head of the snake” and stop the publicist for good.

“This is a young lady with a family that wants a future for her life. This stuff was taken from her and exploited. As a result, she had to come back and comebuttal [sic] to cut off the head of the snake. The publicist going to jail, they ain’t got no money, that’s why you selling information,” Stone added.

What do you think about Stone digging into, and then sharing the details surrounding the alleged Usher herpes scandal? Do you believe she over-stepped her boundaries?

Check out the interview below and decide for yourselves.