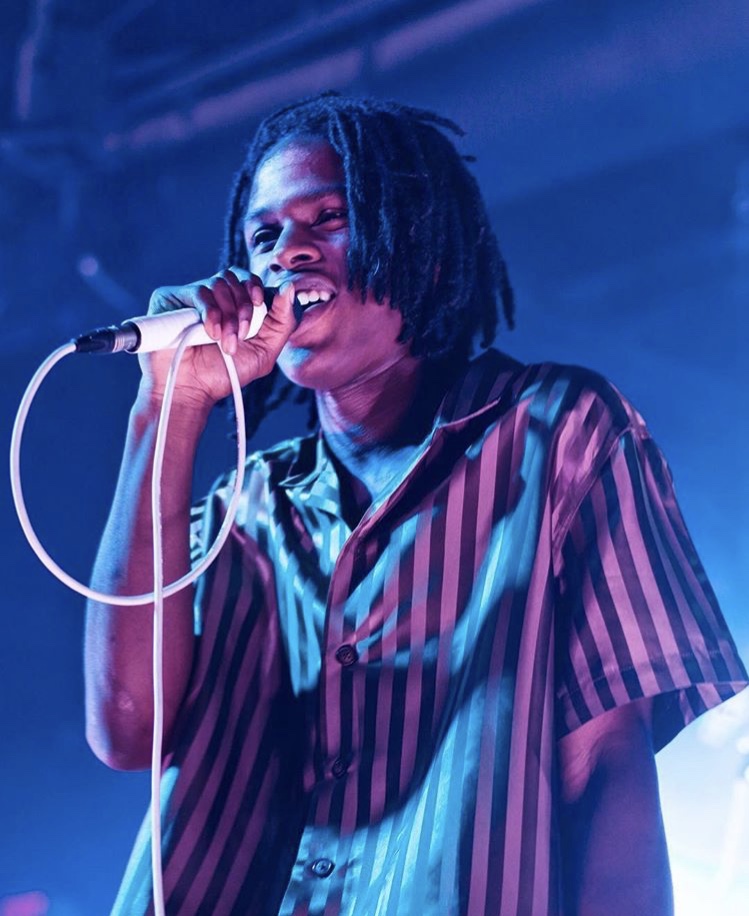 Daniel Caesar successfully set the tone for cuffing season for Atlanta fans on Sunday, Oct. 22 during his concert at The Masquerade. Though fans are familiar with Caesar’s soulful music, nothing could have prepared them for the atmosphere of his concert.

The show opened with Swedish singer Snoh Aalegra, whose song “Time” was sampled in Drake’s “Do Not Disturb.” Encountering many fans for the first time, Aalegra beautifully serenaded the crowd, leaving a lasting impression and gaining new followers.

Shortly after Aalegra’s performance, Caesar entered the stage ready to bless the crowd with his pure vocals.

From the lighting to the simple white draping on the stage, to the old-school, corded mic, Caesar created an atmosphere where attendees knew they were about to enter a mystical wonderland of soul and emotions.

He opened his set with a crowd favorite, “Japanese Denim,” which instantly made fans grab their chest or their bae to prepare them for the beginning of an hourlong soul session.

Caesar quickly switched up the pace from slow and passionate at the beginning of the set to an uptempo vibe. As he removed his guitar, the static noise at the beginning of “Hold Me Down” played, signaling to concertgoers that Caesar was about to transform into a sentimental rock star. As soon as the infamous beginning cord of the song was struck, the crowd roared and sang along.

Before moving along to “Take Me Away,” Caesar’s guitarist performed an insane guitar solo that took us to church.

Feeling like we were in a sanctuary of love, Caesar delivered his sermon “We Found Love,” causing an emotional response from the congregants, similar to being in the thrall of the Holy Spirit.

Drawing near to the end of the show, Caesar performed his single “Freudian,” from the album of the same title, which was the perfect conclusion to the soul church service.

As the audience screamed for an encore, Caesar returned to the stage to perform his most popular single, “Get You,” which left the congregation wanting more.

Caesar’s performance was the perfect example of a true soul concert. With the intimacy of the concert venue and Caesar’s angelic voice, attendees were able to form an instant connection with the artist and enjoy every single moment of the performance.