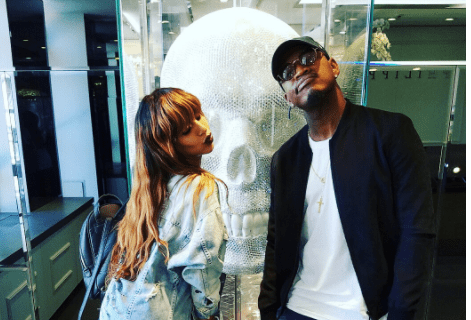 Singer-songwriter Ne-Yo and his wife, Crystal Renay Smith are expecting their second child together. In an exclusive interview with E! News, the couple confirm they are pregnant.

“We are so excited!” the pregnant businesswoman tells E! News. “This definitely wasn’t in the plan and we weren’t trying at all!”

Their first son, Shaffer Chimere Smith Jr., was born in May 2016. They married in Los Angeles in April 2016. This will be Ne-Yo’s fourth child. His ex-girlfriend Monyetta Shaw has two children from their union, a son Mason Evan and a daughter Madilyn Grace.

They haven’t revealed if it’s a girl or boy yet. “This gender reveal party is going to be epic,” they said during the interview.

“Actually I haven’t really been sick at all but the cravings are real!” she says. “All I want are raw oysters and steak! Which since becoming vegan has totally messed up my diet but as long as our miracle gets the nutrition it needs I will eat all the meat in the world!”

Will they have any additional children?

“That completely depends on the gender of this one,” they said. “If it’s a girl then the shop is closed but if it’s a boy then we have to do it again! I’ve been dreaming of the same little girl since I was a little girl and we won’t stop until we get her!”

Watch a brand new episode of “The Platinum Life” Sunday at 10 p.m., only on E!