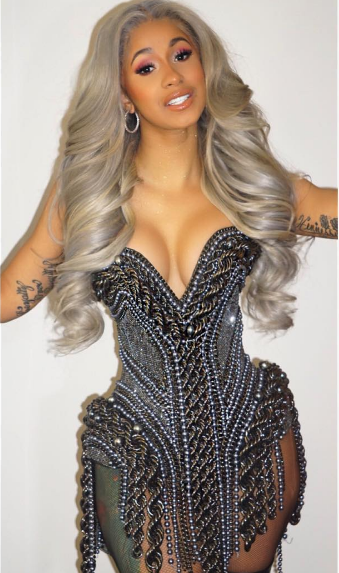 Queen Cardi B’s legendary year just got even better when her boyfriend Offset proposed to her during the star-studded powerhouse concert in Philadelphia in a beautifully magical moment that sent the internet spiraling into a hilarious tizzy, despite last week’s setback when they broke up.

Congratulations are in order for Offset and Cardi B. Not even a week after they broke up over a misunderstanding, Cardi B and Offset are now on their way down the aisle.

The two have been dating for less than a year, but Offset clearly felt that the time was right, and dropped down to one knee in front of Cardi and the entire Wells Fargo Center Arena during Power 99’s Powerhouse concert. Cardi, of course, said yes.

Twitter had a lot to say on the matter, as you can see below:

How I’m finna be at Cardi & Offset wedding pic.twitter.com/MYs6mozmoq

If you propose & she doesn’t get as excited as Cardi B was when Offset proposed, take back your ring 😂😂😂😂 pic.twitter.com/N5rcEvvCak

Cardi B in less than a week lol .. pic.twitter.com/7dyp3bUSPG

And, we’ve finally reached the “happily ever after” point to the story, Cardi B and Offset: A hood fairytale. pic.twitter.com/IgXXUbtzsB

offset: I put a ring on her finger
quavo: FINGER
offset: i hired a priest and a singer
quavo: VOWS
offset: wut kinda cake I got
quavo: POUND

BET and VH1 trying to get to Offset and Cardi B for a wedding special before the other one does pic.twitter.com/n5fpiGcEj4

Cardi B engaged after dating for a few months.

Ur upset cause u been with ur “roommate” for 6 yrs, 2 kids, 3 curable STDs, & a tattoo. pic.twitter.com/3QAHlXlql4

Not even a week after the briefest break up, Offset proposes to Cardi B.

I’m so alone it hurts. pic.twitter.com/rYhYL0docs

Cardi and Offset really got engaged tho… major congrats. The whole Hood finna be pullin up on the wedding’s dance floor like pic.twitter.com/rgD3Eedon6

Cardi B went from being a stripper, to being on Love & Hip Hop, having a number one record, to now being engaged what a year she’s having 🙏🏼 pic.twitter.com/lqQ9YZAAeY


Posted in Music and tagged Cardi B, engagement, getting married, Migos, Offset