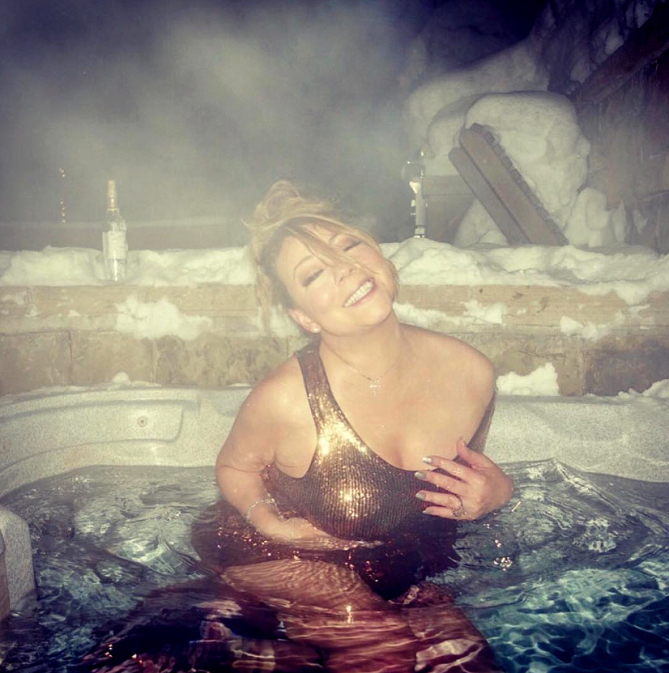 As superstar Mariah Carey can clearly attest, it doesn’t matter if you are a multimillion-dollar, award-winning Hall of Fame singer — or a woman from around the way. Being body-shamed can be a soul-sapping and emotionally traumatizing thing for any woman to endure, at any age.

Carey, 47, has undergone weight-loss surgery after the singer became self-conscious about her growing curves because of cruel online commenters, sources claim. She had been subsisting on a steady diet of cocktails and heavy foods at restaurants with her new boyfriend Bryan Tanaka — and her weight reflected her revelry as her body ballooned, as can be seen clearly on the NY Post’s Page Six.

Page Six reported the diva underwent gastric sleeve surgery last month in Beverly Hills. The procedure works like this: the surgeon removes part of the stomach so that the patient feels fuller more quickly. Carey’s was reportedly done with a small incision, meaning that her recovery time will be swifter and involve much less scarring.

A source told Page Six Carey has always been proud of her curves, but this summer, as her Caesars Palace residency came to a close, and then she went on tour with Lionel Richie, she noticed it became harder to dance, and she was getting a lot more criticism online from body shamers.”

“Mariah underwent the procedure about a month ago, and she is already seeing some good results, and she feels a lot better,” the source added.

Carey previously lost 70 pounds after the birth of her twins in 2011.

She explained she was able to lose the weight with a strict diet and exercise plan. But Carey hastened to add that “I never weighed myself. People will think I’m a liar but it’s true,” the source continued. “I’m a big-boned girl, I’m tall, and so I always weigh more.”

As an alternative to stepping on the scale, Carey said, “I would tend to go, ‘Does this size dress fit me that I wore three years ago?’ … I would go by what it looked like, how I felt.”

In other news, it was revealed on Saturday that Carey ended her business relationship with manager Stella Bulochnikov.

They confirmed in a joint statement, “After working together for almost three years, Mariah Carey and Stella Bulochnikov have determined that it is in their mutual best interest to part ways on day-to-day management,” adding that they will remain partners on a number of upcoming music and film projects.

Former backup dancer Tanaka will take over the duties as manager.