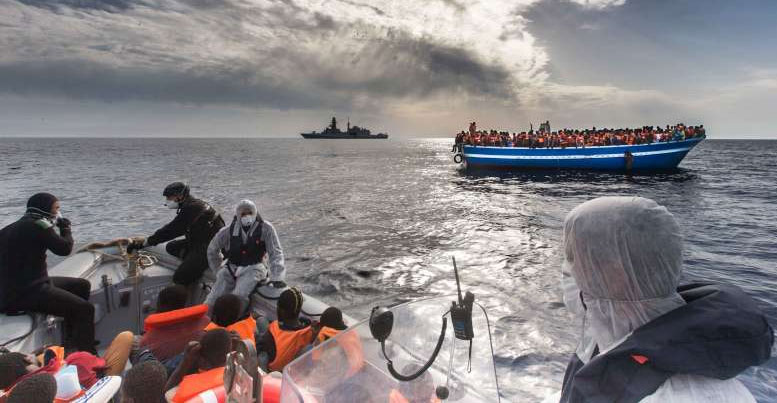 Italian authorities are announcing the discovery of 26 teenage Black girls who were found dead in the waters of the Mediterranean sea. According to CNN, the bodies of the girls ranged from 14 to 18 and were found floating near a collapsed rubber boat to which other survivors were clinging for dear life.

Ever since the fall of the regime of Muammar Gaddafi, thousands of African refugees have made the treacherous journey from the Libyan coast to reach Europe with tragic results. This year alone, there have been at least 2,839 migrant deaths at sea.

It has been announced that autopsies will be performed on the teen girls. Authorities want to check to see if the girls were sexually assaulted or tortured prior to their deaths.

The discovery of the bodies comes at a time when there were four different rescue operations underway to help refugees trying to get to European shores, In all, at least 400 people were rescued last weekend by Spanish and Italian naval and coast guard vessels. Among those rescued were 90 women and 52 minor children that included a newborn child.

The attempt to reach a better future in Europe by African refugees is a humanitarian crisis of epic proportions that is being under-reported by media outlets in the United States. The amount of human smuggling has been called a new age slave trade as many of these refugees are forced into the sex trade or labor bordering on servitude. The European Union has done a poor job of mitigating the humanitarian crisis and some say it is due to racism.

Since 2015, approximately 1.5 million refugees made the perilous trip to reach Italian and Spanish shores. It was also in 2015 that the worst loss of life in maritime history since World War 2 occurred. A fishing vessel packed with the African migrants left the coast of Libya with an estimated 950 people aboard who were trying to escape war and poverty in their home countries. The overloaded vessel overturned when passengers on board the vessel rushed to one side of the ship when a rescue boat was sighted. According to passengers, there were an estimated 300 people locked in the cargo hold of the vessel. Only 28 people were rescued from the capsized vessel.